As Curiosity patrols Mars looking for traces of life, it carries a German radiation gauge to measure the rays future astronauts will have to contend with on the planet. And it's not sending back good news for humans. 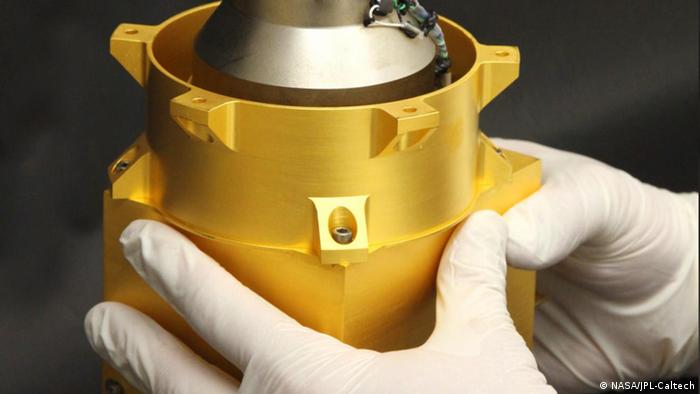 When Curiosity gently landed on Mars in August 2012, it set off a wild party in the NASA control room in Pasadena, California. NASA experts were cheering and screaming out of excitement – and relief - that the risky landing maneuver was successful. First, parachutes had decelerated the landing unit in the thin Mars atmosphere; then the rover was cautiously lowered down with help of a rocket-powered platform.

Since then, Curiosity has been working as scheduled. The rover dutifully rolls over the surface of Mars, its sensors analyzing rock samples, measuring the atmosphere and monitoring the weather on Mars - always looking for traces of water or proof of its possible pre-existence on our planetary neighbor.

In Germany there were celebrations during the successful landing as well. Physicists at the University of Kiel had nervously followed the maneuver. After all, they had built one of the sensors on board the Curiosity - a radiation detector, a sort of Geiger counter. “There are many different kinds of nuclear radiation on Mars,” said Hans Köhler, one of the physicists at Kiel. “Our detector has the task of measuring as much nuclear radiation as possible in order to measure the danger this radiation has for humans or for possible life on Mars.” 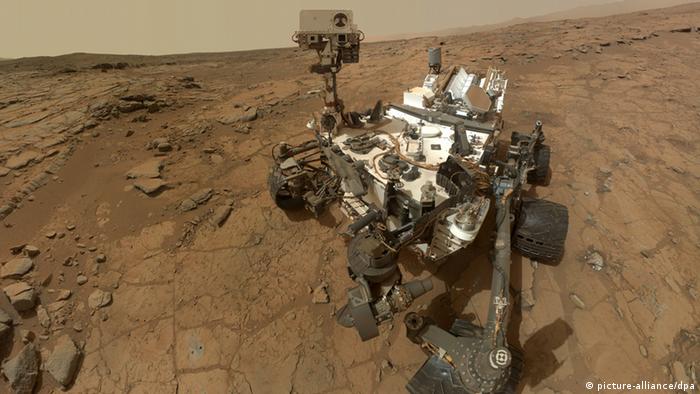 Köhler opens a suitcase in his office and takes out a metal cylinder hardly bigger than a can of soda. It is an identically constructed twin of the radiation sensor installed in the Mars rover. The researchers had to build it as lightly and small as possible - every extra gram transported to Mars would have made the 2.5 billion dollar mission even more expensive. Another challenge: the detector is supposed to use as little electricity as possible, because electricity on board the Curiosity is scarce.

Essentially, the sensor made in Kiel measures cosmic radiation, which is ubiquitous in space. It can detect nuclear particles dashing through space almost at the speed of light, and even X-ray flashes. The can-shaped sensor also detects solar flares – sporadic but immense eruptions from the sun - spewing enormous amounts of matter into space. The measured data is downloaded onto the rover and then sent to Earth via satellite.

Köhler and his colleagues had already activated their sensor before it landed on Mars, so it was already collecting data during the nearly nine-month-long flight from Earth to Mars. “This way we were able to estimate how much radiation an astronaut is exposed to during a flight to Mars,” Köhler said.

NASA wants to send humans to the red planet around the year 2030. According to measurements by the Kiel scientists, astronauts would have to deal with radiation doses of 1.8 millisievert per day. This is almost as much radiation as an average citizen on Earth receives in one year. For a Mars astronaut, it would also be more than the current limit allows. An astronaut would already be exposed to a career's worth of radiation on the outward flight alone. So when it comes to radiation limits, a flight back to Earth would not be possible anymore. 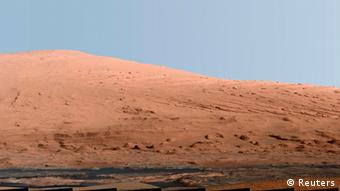 So what are the consequences? A manned spaceship will need more protection than an unmanned one like Curiosity. For instance. thicker walls would better shield humans from radiation and a shorter air route could be chosen, which would cut the travel time in half (four months) but would also be much pricier because more fuel would be needed.

However, the final destination presents astronauts with dangers as well. This is something the physicists in Kiel can estimate pretty well, as the Mars rover Curiosity has already measured the radiation burden on the surface of the planet for one year. The result: “The radiation on Mars is approximately half as much as in space,” according to Köhler. “But this is still considerably higher than here on Earth.”

Life on Mars in the shadow of mountains?

The reason is that Mars has neither a magnetic field nor a dense atmosphere. Therefore cosmic radiation can rain down on the surface of the planet virtually unimpeded. That is bad news for humans on a long mission without a well-built Mars station. But there could be one trick. “It would be possible to establish a Mars station close to a mountain side,” said Köhler. “The mountain side would distinctly shadow radiation from space.” Another possibility would be to establish a station deep inside the Martian soil. Admittedly, residents would need to make due without windows but at least they would be safe from radiation.

Curiosity is supposed to patrol Mars and monitor its surface for at least another year. Köhler and his colleagues hope this means their sensor will continue collecting important data as well.

This month marks two years since NASA's final space shuttle launch from Florida. The end of NASA's Space Shuttle program has led to the commercialization of the industry. (22.07.2013)

The future of European space travel

On the International Space Station, observing the Earth, exploring Mars: Germany and Europe are closely involved in current developments in space research. Will we soon see manned flights to the Moon again - or beyond? (31.03.2013)