The US media giants have been locked in a months-long takeover saga to control Sky, Europe's leading pay-TV operator. It needed a rare three-round auction held by British regulators to finally settle the battle. 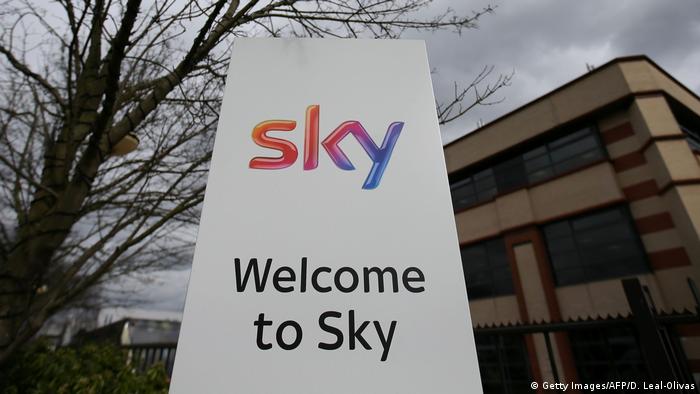 Comcast bid 17.28 pounds a share for control of the UK broadcaster, bettering a 15.67 pounds-a-share offer by Fox. Sky shares closed at 15.85 pounds on Friday.

The rare three-round auction settled a months-long battle between the two US media giants to gain control of Europe's leading pay-TV operator that has seen Sky's value more than double since December 2016, when Fox made its approach.

"This is a great day for Comcast," Chief Executive Brian Roberts said. "This acquisition will allow us to quickly, efficiently and meaningfully increase our customer base and expand internationally."

Roberts has been eyeing Sky to counter a decline in subscribers in Comcast's core US market as viewers ditch traditional cable TV for video-on-demand services like Netflix or Amazon Prime.

Acquiring Sky would make Comcast, which owns the NBC network and Universal Pictures, the world's largest pay-TV operator with around 52 million customers.

"We are recommending it as it represents materially superior value," said Martin Gilbert, chairman of Sky's independent committee. "We are focused on drawing this process to a successful and swift close and therefore urge shareholders to accept the recommended Comcast offer."

Fox, which owns 39 percent of Sky, now must decide whether to sell its stake or remain a minority shareholder. It said it will make a decision in due course.

"Sky is a remarkable story and we are proud to have played such a significant role in building the incredible value reflected today in Comcast's offer," Fox said.

The media mogul's younger son James played a key role in Sky's growth in Europe as its former chief executive and current chairman.

Murdoch's last bid eight years ago collapsed in the fallout from a phone-hacking scandal at his British newspaper business.

Murdoch had looked set to take over the British broadcaster until February before Comcast gate-crashed the takeover in April.

Comcast's offer also deals a blow to US entertainment giant Walt Disney, which would have likely been Sky's ultimate owner. Disney has agreed a separate $71 billion deal to buy most of Fox's film and TV assets, including its stake in Sky.

EU mulls response to Russia's arrest of Navalny 31m ago