Column: How I came to appreciate German bureaucracy

Bribes are common in Syria, where the corruption can be mind-boggling, says columnist Rim Dawa. But for her, German bureaucracy was just as frustrating - until she decided to accept it. 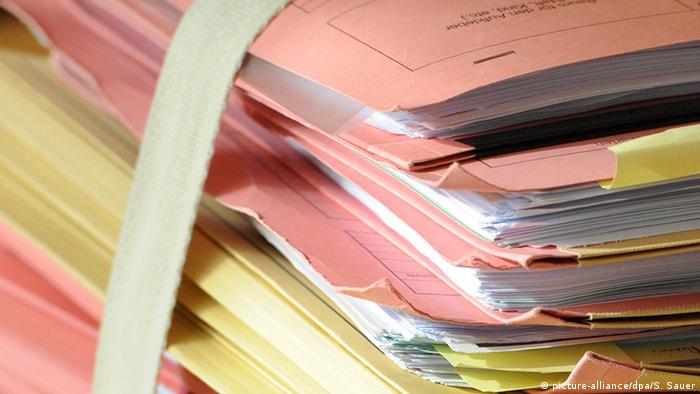 I have a confession to make.

I was always very critical of the corruption back home in Syria. But now that I live in Germany, I sometimes feel guilty that I miss it - and I loathe myself for that.

In Syria, you can't get much accomplished without bribes and connections, even if you just want to organize a local event or build a wall around your garden.

We'd call it the 25 pounds system, which refers to the standard bribe you have to pay to avoid a traffic ticket - even if the bribe at hand had nothing to do with driving (25 Syrian pounds are about $0.11).

Everything has its price

Why do I miss it? Instead of corruption, Germany has bureaucracy - and that can be a real nightmare for us newcomers. 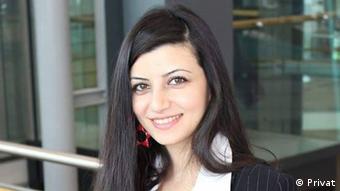 Rim Dawa came from Syria to Germany in 2012

This digital, developed country functions like a finely tuned (cuckoo) clock that runs on letters, e-mails, signatures and stamps. Why all the trouble, I often ask myself, when the 25 pounds system would solve the most complicated problem much faster.

In fact, in Syria you can find a solution to almost anything if you have money and what's known in Germany as "Vitamin B" for "Beziehung" (relationship) - but of course not applied in the same way. Cash and connections count the most.

Everything has its price, and the bribe rates tend to fluctuate based on the euro and dollar. At the moment, everything in my homeland is very expensive - except for weapons, which are now cheaper than potatoes.

You'll often hear excuses like, "but that's just how things work here" or, "it's what everyone does" to justify the corruption in Syria. It seems that the injustice in our government offices will never come to an end.

Everything is in its place

In comparison, the system in Germany is very just. But still, people complain equally about both.

I still remember my first visit to the office for foreigners in Germany five years ago. Everything there was tidy and clean. The office supplies on the desks were organized, files were stacked neatly on the shelves, and a beautiful green plant was flourishing near the window.

The public official greeted me with a kind smile and - to my astonishment - wasn't interrupted by personal phone calls while we talked, as would have been the case in Syria.

Surprisingly, I did not have to know a cousin or a friend of the official to encourage her to take my case seriously, and I did not have to pay her 25 pounds or any other amount of money to keep her from being disrespectful or wasting my time by chatting with her co-workers instead of helping me. 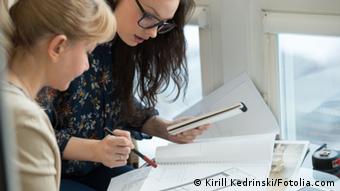 In Germany, the piles of paperwork can be overwhelming

She also didn't ask me to submit documents from the "Outer Space Ministry" or any other unnecessary (or non-existent) government office before she was willing to fulfill my request.

In Syria, it had taken me a whole month of daily visits to government offices to finally get my ID renewed. I barely remember all the lies that the officials told me, while drinking tea and smoking cigarettes or even preparing their breakfast.

However, I do recall the excuse I heard like a broken record throughout the whole month. "The system is broken - don't you understand that!?"

Read more: Berlin 24/7: Why it's so hard to get married in Berlin

Well, excuse me Your Highness, I thought, no I don't understand what you mean. At the time, I was busy preparing to leave that "broken system" and come to Germany, where everything "works."

The grass is always greener…

But in 2013, after a year in Germany, my mailbox had become synonymous with government documents, letters, appointments - and headaches.

I long for the seemingly simplicity of the 25 pounds system - all the more so when I was trying to apply to financial aid for my studies, but my appointment with the German authorities was postponed for several months after I forgot to submit all of the required documents.

But then I realized how hypocritical my frustration was. Of course it is better to face bureaucracy than to pay bribes.

Every time I have to stand in line at a German public office, I remind myself that I face the same bureaucracy as everyone else here, from German President Frank-Walter Steinmeier to my next door neighbor.

While the German system may lead to headaches, at least it is fair.

Rim Dawa was born and grew up in Salamiyah, Syria, and came to Germany in 2012 to complete her Master's degree in international media studies. She is currently a journalist with DW's Arabic department.

Damascus neighbors braved the dangerous journey from Syria, Swedish bureaucracy and local tensions to start a new business. Now they need their reboot of the family craft to thrive, reports Richard Orange from Malmö. (07.02.2017)