Germany has been unafraid to shut down much of its economy to stop the spread of the coronavirus. But one industry, pyrotechnics, has largely avoided restrictions, says DW's Kate Ferguson. 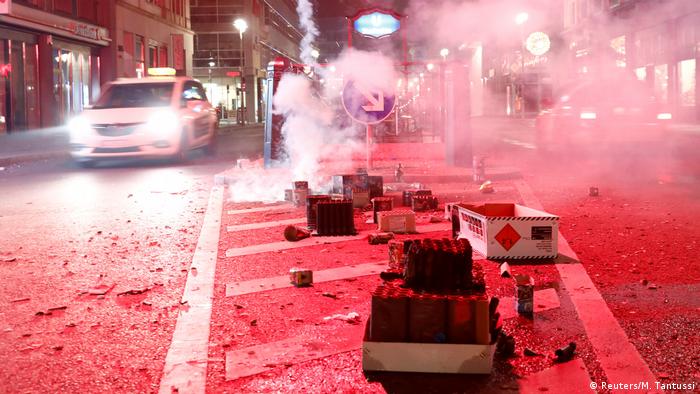 There is a day every year when everything you thought you knew about Germans goes up in smoke. That day is New Year's Eve.

On New Year's Eve, Germany literally explodes. Men, women and children from all walks of life take to the streets in terrifying numbers to set off fireworks and bangers. Explosives are tipsily popped into the tops of wine bottles. Sometimes, for the laugh, they are hurled from balconies.

It starts early in the day and continues relentlessly. Walking down the street is a hazard. People lose limbs and sometimes die. Last year, a doctored firework crashed through the window of my colleague's home, breaking 21 panes of glass and causing thousands of euros in damages. He had to stay in a hotel for two nights while the windows were repaired.

I have come to see this carnage as the ultimate act of catharsis. For one day only, every virtuous trope associated with Germans — social responsibility, frugality, level-headedness — is blasted away.

According to the VPI pyrotechnics industry association (of course such an entity exists!), Germans spend around €130 million ($155 million) each year on explosives. Roughly €122 million of that is spent in the lead-up to New Year's Eve. Around 3,000 jobs, the association's boss Klaus Gotzen, tells me, depend on it. It's more if you include the logistics sector.

In the days leading up to New Year's Eve, kiosks selling fireworks and Germany's beloved böller, or firecrackers, pop up everywhere. Discount supermarkets like Aldi and Lidl sell them in multipacks.

Over the years, efforts to rein in the New Year's Eve chaos have failed. The one-day-a-year German love of explosives runs deep.

But 2020 is different. Germany is in a partial lockdown. The Christmas markets, an essential part of the season,  have been canceled. Restaurants and bars are closed. Children are wearing masks to school. Many people are still working from home. Hospitals are carefully managing a rise in coronavirus infections.

The official New Year's Eve celebration at the Brandenburg Gate in Berlin, which features a fireworks display, has been canceled. That decision didn't seem to rattle anyone too much. But the question of whether to block ordinary people from setting off their own fireworks proved far more explosive. 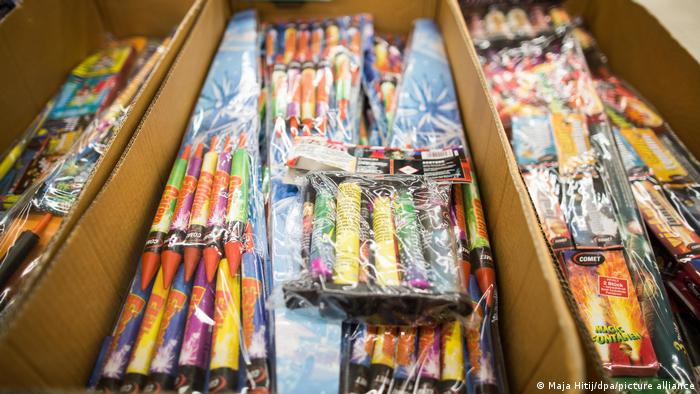 Selling fireworks and bangers is big business in Germany

To ban or not to ban

Berlin's mayor Michael Müller from the center-left Social Democrats, suggested banning the sale of fireworks this year, arguing that the move would not only help stem the spread of infections by minimizing drunken gatherings but also relieve hospitals from treating explosive-related admissions.

His proposal won the backing of other center-left state premiers. But the conservatives, for the most part, disagreed. Reiner Haseloff, state premier of the eastern state of Saxony-Anhalt, described the notion of imposing a complete ban on bangers and fireworks as unthinkable. German Interior Minister Horst Seehofer told the mass-circulation Bild newspaper that "fireworks at New Year's Eve must be possible despite the coronavirus."

On Wednesday, a compromise of sorts was reached. Fireworks in large, busy spaces won't be allowed. But people will remain free to let off their personal explosives anywhere else.

Based on my own experience of New Year's Eve, this won't make much difference. Germans tend to set off fireworks from their own roadsides anyway. It's entirely conceivable though that they'll dutifully wear masks and observe social distancing while they do it.

I did not grow up with this. I cannot fully understand the exhilarating freedom of being among your favorite people, drunkenly setting of fireworks. Perhaps, if I actually tried it, I would enjoy it.

But I do know that the decision to allow all of this chaos to ensue in the middle of a pandemic is a strong political statement. Perhaps German lawmakers, too, are desperate for the challenging, heartbreaking year of 2020 to go out with a bang.

Nations around the world are saying goodbye and good riddance to 2020. The festivities may be toned down as millions stay at home due to COVID, but the new year still carries high hopes. Follow our live ticker.

Is Germany's firework industry fizzling out?