Colombia's president has said talks will be held between the government and the country's last active rebel group, ELN. The move comes as Bogota seeks to end its decadeslong conflict with leftist guerrillas. 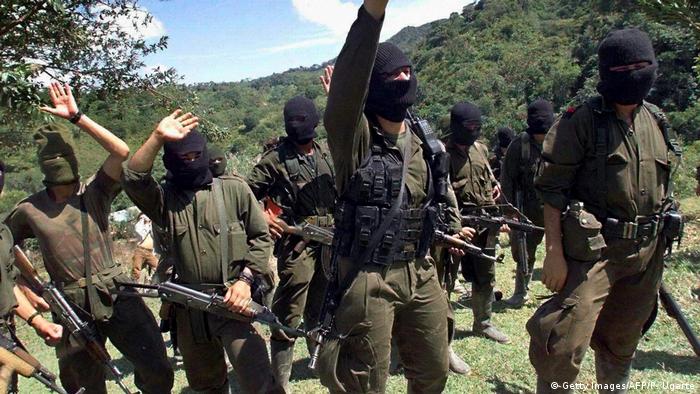 President Juan Manuel Santos said on Wednesday the government will initiate the talks next month after frequent delays, a further step toward achieving peace in a country that was not long ago beset by civil conflict.

The National Liberation Army (ELN), Colombia's second-largest rebel group, had agreed to release captive politician Odin Sanchez in exchange for pardons to be granted to two of its members, Santos said while attending the World Economic Forum in Davos, Switzerland. 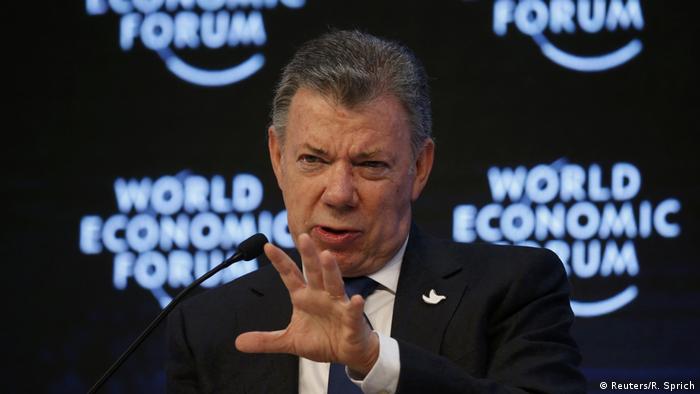 Santos speaking at the World Economic Forum in Davos

In a tweet, the president hailed the breakthrough. "The start of the public phase of negotiations with ELN is very good news for Colombia. It will allow us to achieve total peace," he wrote.

Santos hailed over peace accord

Founded by Catholic priests inspired by Fidel Castro's revolution in Cuba, the ELN is deemed a terrorist organization by the US and the EU and is responsible for the kidnapping of hundreds of people over the course of decades. Along with the larger Revolutionary Armed Forces of Colombia (FARC), it has waged a war with the government for over five decades, resulting in the deaths of more than 220,000 people and the displacement of millions more. 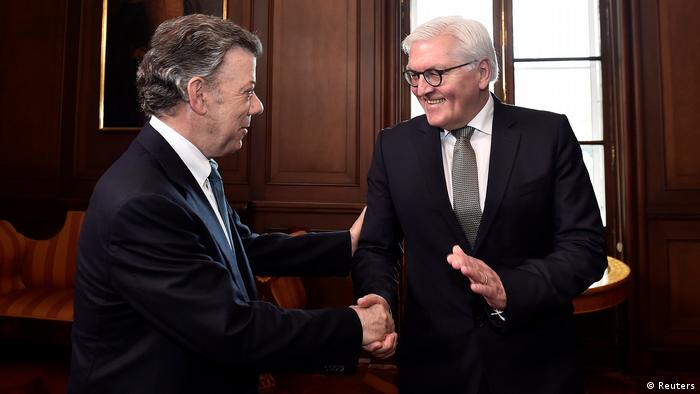 Santos reached a peace deal with FARC late last year, but the plan was unexpectedly voted down in a plebiscite by a margin of 0.4 percent. The government is currently carrying out a complex demobilization process with the help of the international community.

As part of the deal, Colombia also passed a historic amnesty law protecting guerrilla fighters from prosecution for minor crimes. Those convicted of carrying out massacres, sexual violence or kidnapping will still face punishment.

Santos has been hailed by leaders around the world for his efforts to end the conflict and was awarded the 2016 Nobel Peace Prize.

German Foreign Minister Frank-Walter Steinmeier will visit a FARC demobilization camp in Colombia. The country needs international support during implementation of the peace accord between the government and rebels. (11.01.2017)