In cities across Colombia, thousands of people marched for peace after Thursday's car bombing attack that killed 20 police academy cadets. President Duque cancelled peace talks with ELN rebels in response to the attack. 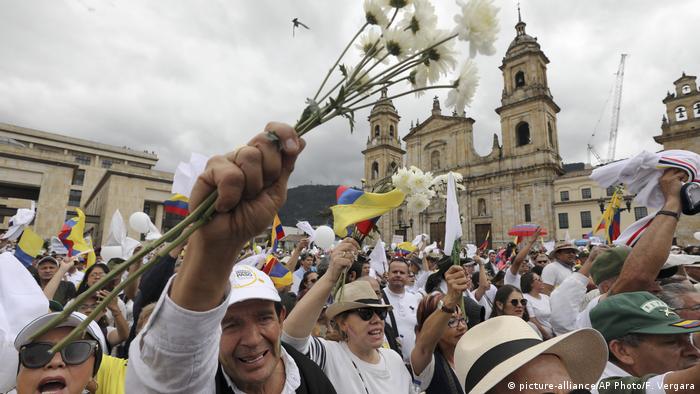 Thousands of people marched through the streets of Bogota and several other cities on Sunday to condemn the car bombing that killed 20 police academy cadets on Thursday.

The government and some opposition leaders walked alongside protesters as they marched through the capital. President Ivan Duque and ex-president Juan Manuel Santos were among the attendees. 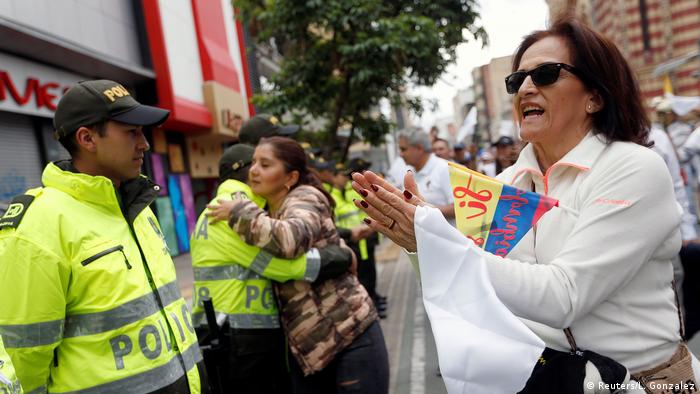 Thursday's bombing, which the government has blamed on the National Liberation Army (ELN) guerilla group, was the deadliest explosives attack in Bogota since 2003.

A religious service in memory of the victims, who were between 17 and 22 years old, is scheduled for Sunday evening.

Duque cancelled peace talks with the ELN in response to the attack. The negotiations had been aiming to end more than five decades of insurgency by the Marxist-inspired guerrillas.

"I am really devastated," Duque said on Sunday. "But I also want to come out and honor these heroes and honor their memory — rejecting violence, rejecting terrorism and coming together as a country."

Authorities said a man linked to the National Liberation Army guerrilla was the driver of the car bomb that killed 21 people in a Bogota. President Ivan Duque accused the ELN of lacking "true desire for peace." (19.01.2019)