Mass protests erupted in Colombia after a viral video showed officers repeatedly tasering a civilian. The unrest, which has claimed over a dozen lives, prompted the defense minister to apologize on behalf of the police. 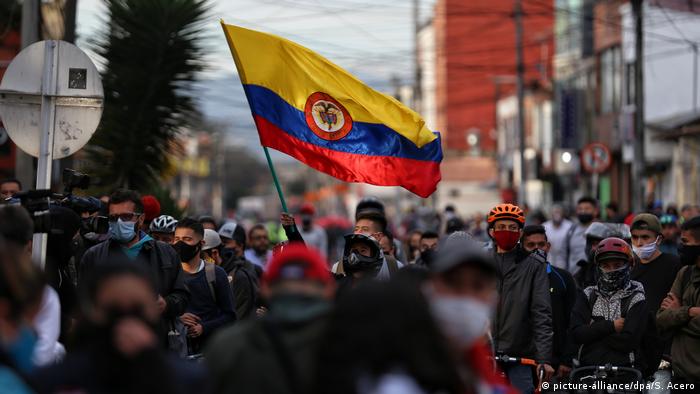 Colombia has faced another night of massive protests in the capital Bogota and the nearby Soacha on Friday, after a man was killed in police custody.

A viral video showed Javier Ordonez, 46, being pinned to the ground, as police officers shot him with a stun gun repeatedly. He was taken to the local precinct and then a hospital, where he was declared dead on Wednesday.

According to the police, he was violating coronavirus restrictions by drinking alcohol in the open with friends. Authorities have charged two officers, and five others have been suspended.

"The national police apologize for any violation of the law or ignorance of regulations by any members of the institution," Defense Minister Carlos Holmes Trujillo said on Friday, apologizing on behalf of the police.

In the nights following his death, protesters have taken to the streets to demand justice for Ordonez, leading to clashes with the police. As a result, over 400 people have been injured, including nearly 200 police officers.

In Bogota, seven people, including teenagers, have died after being shot on Wednesday. Three people were killed in Soacha that day. Another three others died on Thursday.