With the oil price down and the coronavirus pandemic taking its toll, Colombia faces its worst economic setback in a decade. Businesses are fighting to get into gear again after four months of partial lockdowns. 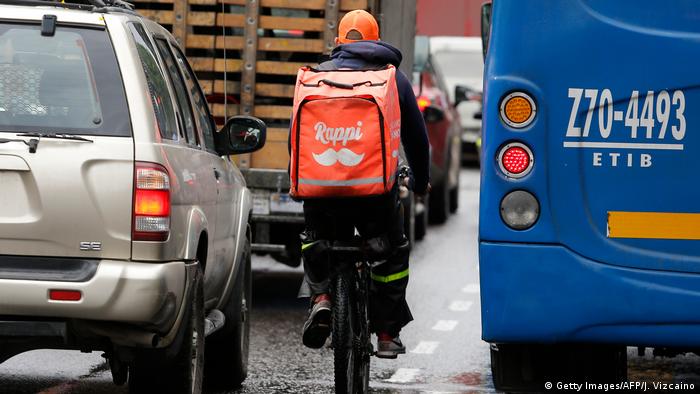 Sticking to strict lockdown rules, Colombia managed to keep coronavirus infections below 100,000 in the first three months after the government declared a health emergency on March 25.

But as more businesses reopened in early July, the number of infections has increased considerably to over 310,000. More than 10,000 Colombians have died.

Due to the rapid spread of COVID-19 in large cities, quarantine measures have been reimposed in affected neighborhoods. Intensive care units in hospitals in Bogota, Medellin, Cali and Barranquilla are hitting capacity limits and President Ivan Duque has extended the partial lockdown for the seventh time.

The costs of the pandemic

Like in many other countries, the pandemic is taking a heavy economic toll. According to the Colombian government, the country's economic activity shrank by 17% in the second quarter of 2020. The unemployment rate reached 21% in May and was thus twice as high as a year earlier.

According to the Colombian Finance Ministry, the nation's gross domestic product (GDP) will decrease by 5.5% in 2020. The International Monetary Fund paints an even gloomier picture, forecasting a drop of 7.8% in the fourth-largest economy in Latin America.

In response, the government of President Ivan Duque pumped $9 billion into Banco de la Republica (Colombia's central bank) at the beginning of the health emergency. The Central Bank lowered the currency reserve, printed more money and struck a temporary deal to absorb government and corporate debt. Decree 811 of June 4 paved the way for the government to buy shares of private companies such as airline Avianca, which filed a petition for relief in early May under Chapter 11 of the US bankruptcy code.

The banks of the Grupo Aval conglomerate, Colombia's biggest financial group, also stepped into action and agreed on preferential rates for borrowers. The government gave $165 million to the Bank for Foreign Trade, (Bancoldex), which expanded loans for small and medium-sized businesses affiliated to the "Colombia Answers" program.

Even though these loans have been of some help for businesses mostly in the manufacturing sector, the government's plan to tackle the pandemic has come under fire. Lenders are still largely denying access to these loans needed for the survival of medium and small companies, as La Silla Vacia reported. Also, financial aid for businesses has not benefited the huge number of informal workers. 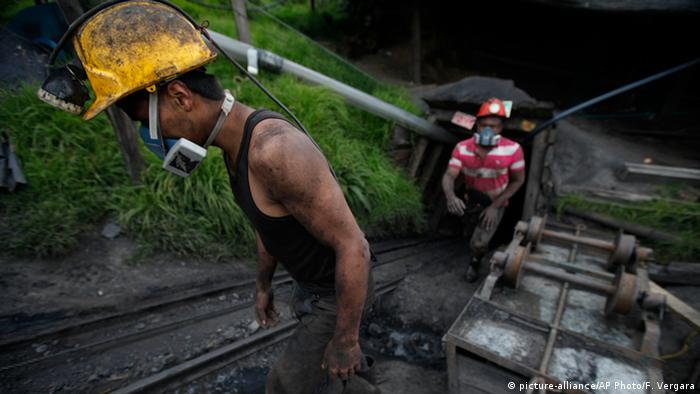 Miners leave the tunnel after their shift at La Flauta coal mine in Tausa, Colombia. The government pins great hopes on the nation's mining industry as Colombia struggles to get the economy on its feet again

Poverty on the rise

Some 46% of the entire working population of Colombia depends on informal work. It's a complex phenomenon that includes domestic workers, merchants, construction and field workers. An estimated 5.7 million of the nation's 11.9 million workers live on what they earn without paying income tax. As a result, they have no access to work and health benefits. Many have lost their livelihoods amid lockdown measures.

The Economic Commission for Latin America and the Caribbean (ECLAC) expect a massive rise in poverty in the region. "The biggest drop in regional GDP in a century will push 16 million more people into conditions of extreme poverty in 2020 versus the previous year to total 83.4 million people in all. The impact on hunger will also be very significant," the commission writes in its latest report.

Poverty in Colombia, which has been reduced over the past decade, could rise again by 15%, affecting the middle class. To address this unprecedented rise in poverty, the government came up with a temporary "solidarity income" of the equivalent of $44 USD per month, which was recently extended until June 2021.

Nevertheless, the amount allocated is not even enough to buy a basket of standard goods which for a family of four costs up to $80 per month. Also, many Colombians living in poverty do not have a bank account or any access to information about the aid programs in place. Only 2 million of the 9.4 million poor people in the country have received "solidarity income." During lockdown, mostly private entities, companies and NGOs have been distributing food donations to those going hungry.

No plan for a restart

But how will Colombia be able to kick-start its economy while in crisis mode? For Vice President Marta Lucia Ramirez the key are the extractive industries: "The mining sector contributes significantly through mining royalties and is very important for Colombia, it represents 15% of overall foreign investment, 27% of national exports and 2% of GDP," Ramirez emphasized during a panel discussion with the Colombian Mining Association (ACM) at the beginning of July.

However, international and domestic demand for commodities keeps dropping, weighing on prices of oil, coal and coke. In addition, new hygiene standards and mobility restrictions affect capacities at mining companies, according to the Economic Bulletin of ACM.

Even if the demand for mining products increases in the next quarter and beyond, mining alone cannot reverse the heavy economic impact of the pandemic.

For several months now a group of senators and members of the House of Representatives have been urging the president to establish a temporary basic income with a view to increasing consumption. Finance Minister Alberto Carrasquilla dismissed the proposal, but mulls a fresh financial reform to compensate for current deficits.

He specifically aims to bring down foreign debt which stood at 42.7% of GDP last year and could swell to 65% in 2020.

The coronavirus pandemic has revealed structural problems in Colombia. The heavy dependence on oil and other mining goods makes the country vulnerable to the volatility of the mining market.

In addition, the growing informal workforce does not only mean a huge economic loss for the Colombian state, it also perpetuates social inequalities that have fueled the country's 60-year-old armed conflict.