At least 10 people were killed in Colombia's capital Bogota when protesters clashed with police overnight on Wednesday. Police said at a Thursday news conference that at least three of the dead were hit by bullets, appealing to people to stay home with further demonstrations expected that day.

The overnight riots broke out after demonstrators took to the streets following the death of a taxi driver who was allegedly tasered multiple times and assaulted in custody by the police.

In a video circulated widely on social media, Javier Ordonez was seen pleading with police officers, who shocked him at least five times.

The Colombian police said that Ordonez was part of a group of men who were drinking late into the night in Engativa, who "turned aggressive against the police," according to Colonel Alexander Amaya.

Colombia's defense minister said the police officers who detained Ordonez had been suspended pending an investigation.

Claudia Lopez, Bogota's mayor, said that she would insist on an independent probe by the attorney general's office. "None of the families I've spoken with trust in an investigation by the police," she said.

Claudia Lopez said that about 147 police officers were injured in the riots, several of whom she visited in hospital on Thursday, while over 320 people were wounded.

She also criticized the police response to the unrest.

"No one gave an order to use firearms, much less indiscriminately. But we have evidence from several places where this happened," Lopez said.

Colombian authorities said that 56 police stations were damaged and eight buses were burned in the violence on Wednesday night.  "We are facing a massive act of violence," Colombia's Defense Minister, Carlos Holmes Trujillo, said after several police stations were attacked and destroyed.

More demonstrations were expected in the city. The police has deployed 1,500 additional officers and 300 soldiers throughout Bogota. Lopez appealed to citizens, if they did protest, to return home by 7 p.m., albeit adding that there was no formal curfew in place. 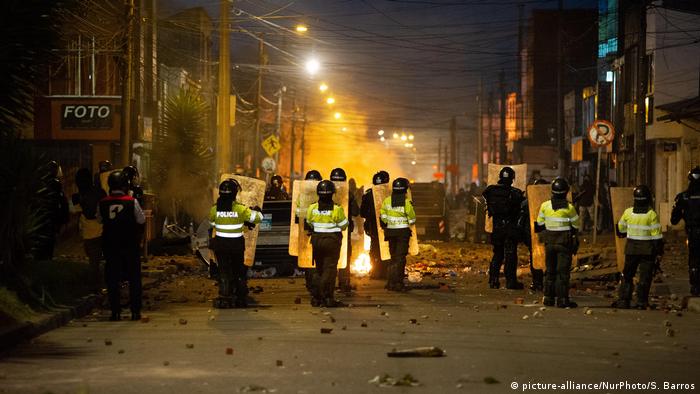 Colombia's President Ivan Duque promised an investigation would be carried out "with total rigor in order to have absolute certainty about the facts."

But Duque also said that he refused to "stigmatize" police "and call them murderers" because of the actions of a few officers.

Viral videos showed Brazilian police forcing a 38-year-old Black man into the trunk of an SUV with smoke emerging from the vehicle. The man, identified as Genivaldo de Jesus Santos, died from asphyxiation.

Colombians will choose between construction magnate Rodolfo Hernandez and former guerilla Gustavo Petro in the upcoming presidential election on June 19. But Hernandez had so far refused to debate Petro.