Conservative Ivan Duque has won the presidential runoff. The pro-business candidate has said he would alter some of the terms of the 2016 peace deal with FARC which ended decades of conflict in the South American state. 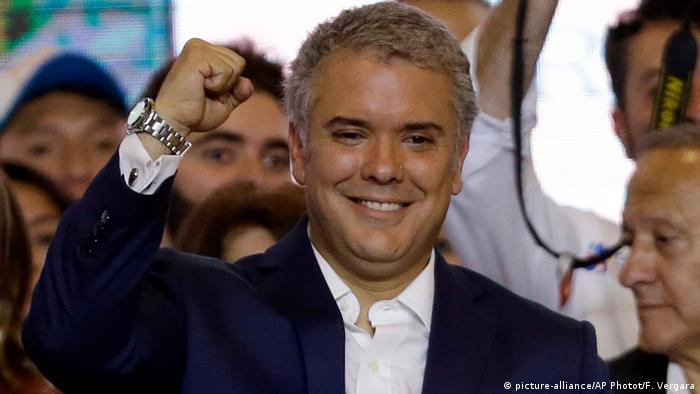 Turnout was reported at 53 percent, only slightly lower than for the first round of voting three weeks ago.

In his victory speech, Duque said he wanted to build consensus and unite the country, following a divisive campaign. On the historic peace agreement with the FARC, he acknowledged the importance of maintaining peace, but said he intended to put the victims of the conflict at the center of any changes to the accord.

Read more: In Colombia, it's dangerous to be left wing

Duque had campaigned on a promise to review and correct parts of the 2016 peace accord which had guaranteed seats in Congress for FARC rebel leaders and promises of lenient sentences for crimes committed during the conflict.

The 41-year-old also promised to attack corruption and tackle the rise in cocaine production which, he said, was threatening national security.

Gustavo Petro conceded defeat, but he emphasized that winning 8 million votes to Duque's 10.3 million in the conservative country was a great achievement.

"What defeat? Eight million free Colombians taking a stand. There is no defeat here. For now we won't be the government," he wrote on Twitter.

The elections were the first to be held since a 2016 peace deal with the Revolutionary Armed Forces of Colombia (FARC).

Duque has followed in the steps of former president and current senator Alvaro Uribe. After voting for Duque and his vice presidential candidate Marta Lucia Ramirez on Sunday, Uribe said Duque was the best guarantee against Colombia falling victim to "destructive socialism," referring to crisis-hit neighbor Venezuela.

Uribe himself came out of the election victorious, as his parliamentary bloc gained enough seats to become the most voted party and it is expected that he will support Duque in the legislative arena.

Congratulating Duque, former-guerrilla leader Rodrigo Londono said Colombians should work together because "the road of hope is open."

From Washington to Bogota

The president-elect has spent most of his working life in the United States, working in the Inter-American Development Bank in Washington. He was chosen for a senate seat in 2014 by Uribe, a strong opponent to the peace deal.

Many of Duque's supporters had given him their vote because of Uribe's endorsement. He also gained support from the far-right and the increasingly influential evangelical Christians.

Duque is a social conservative who opposes gay marriage, euthanasia and the decriminalization of drugs. He will become Colombia's youngest president when he takes office on August 7. 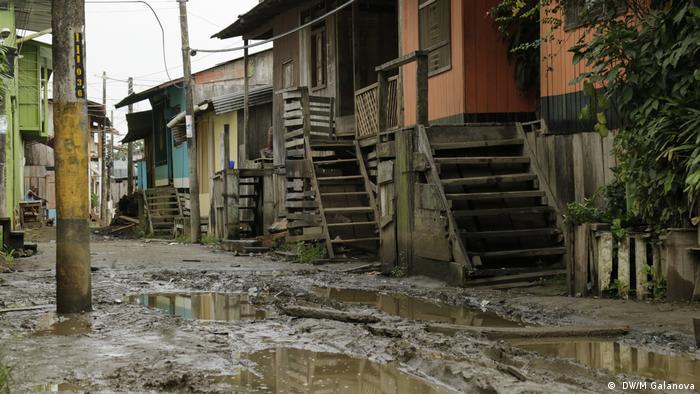 Challenges for the new president

On Duque's presidential agenda is not only the peace deal but also narco-trafficking. Colombia's production of cocaine has increased, and armed groups are fighting each other for control of routes once controlled by FARC.

Latin America's fourth-largest economy is heavily dependent on exports of coal, nickel, coffee, fruits, textiles and clothing. Duque has said he wants to increase oil production through technology such as fracking.

Duque has also spoken of promoting agribusiness, tourism and goods and services related to creativity, through the work of Colombian film directors, writers, musicians, video producers, actors and artists.

Colombia is set to be the third Latin American country in the Paris-based economic group. President Juan Manuel Santos praised the membership as key to the country's efforts to modernize. (25.05.2018)