Colombian authorities have nabbed 'one of the most feared drug lords' in Latin America. Peru remains the world's top producer of cocaine, according to the US State Department. 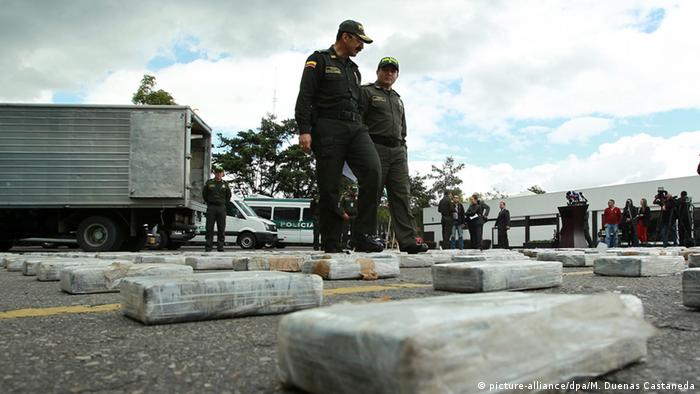 Galvez, who was described by the UN Office on Drugs and Crime (UNODC) as Latin America's new "El Chapo," was detained at a restaurant in the country's second-largest city Medellin, the defense ministry said in a statement. The original "El Chapo" is Joaquín Guzmán, the Mexican drug lord who heads the Sinaloa Cartel.

For decades, the so-called "war on drugs" has been fought via incarceration, but there is a growing consensus for change.

Colombian President Juan Manuel Santos hailed the capture of one of the region's "most feared drug lords."

"I congratulate our national police for this important capture. Peruvian Interior Minister Guadalupe Perez contacted me to thank the police for their work in capturing this delinquent," said Colombian Defense Minister Luis Carlos Villegas.

National police chief General Jorge Nieto announced that "Caracol" would be turned over to Peruvian authorities on Sunday.

According to a report by the US State Department, "Peru remained the world's top producer of cocaine and was the second-largest cultivator of coca, with an estimated 59,500 hectares of coca under cultivation in 2013."