Colombia and the nation's second-largest rebel group have started peace talks in order to formally end the civil war. The talks follow last year's peace deal with the FARC rebels. 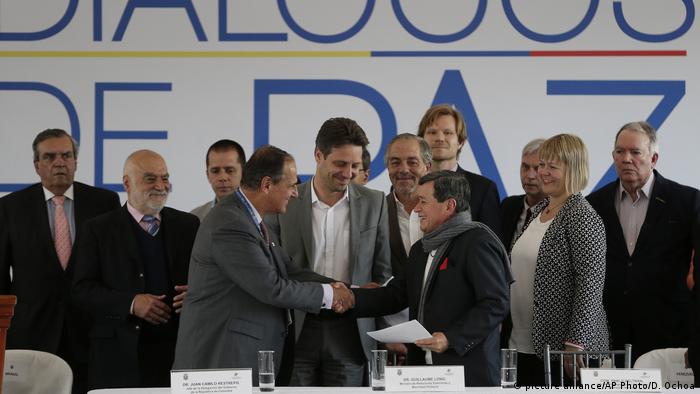 At the opening ceremony, Juan Meriguet, the Ecuadorian representative at the talks, said both the Colombian government and the ELN would try to bring "complete peace" to Colombia through the negotiations. The negotiations are being held at a retreat outside the Ecuadorian capital of Quito.

There was some tension at the beginning of the talks. The government's main negotiator, Juan Camilo Restrepo, said rebels should stop carrying out kidnappings, otherwise "it will be very difficult to advance."

The ELN's chief negotiator, Pablo Beltran, said the government should "take responsibility" for its actions during the conflict, adding that the rebel group would do the same.

The ELN is Colombia's last active guerilla group, after Colombia and the Revolutionary Armed Forces of Colombia (FARC) were able to sign a peace accord in November. That accord will likely serve as a blueprint for talks with the ELN. Colombian President and Nobel Peace Prize laureate Juan Manuel Santos is to be involved with the negotiations. 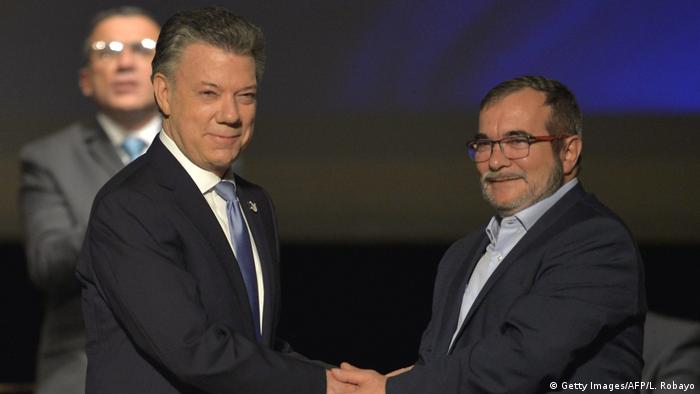 Fifth attempt with the ELN

This will be the fifth attempt to sign a peace deal with the ELN, after failed attempts stretching back into the 1990s. The start of the talks was delayed for nearly 11 months and formally scheduled after the ELN released former lawmaker Odin Sanchez.

The talks are not expected to produce quick results. Negotiations with the FARC lasted nearly four years before an accord was reached.

A new poll from Datexco revealed a drop in optimism for peace in Colombia. The poll revealed 51.7 percent of Colombians were currently optimistic for peace, compared to 67.4 percent in October.

The ELN has approximately 1,500 active fighters according to the Colombian government. The Colombian civil war has lasted for more than half a century and killed over 200,000 people, while displacing millions.

Colombia's National Liberation Army is set to enter into negotiations with the government. All signs point to peace, which would bring 50 years of civil war to an end. (06.02.2017)

The good things that happened in 2016

Following the news in 2016 certainly has been no treat. But before complete depression sets in, take a few minutes to remember the good things that happened this year. There are more of them than you think. (26.12.2016)