A rudely interrupted Cologne harpsichord concert given by Iranian virtuoso Mahan Esfahani is to be repeated. Cologne's Philharmonic has invited him back next year, saying it's "stunned" by the hostile reaction. 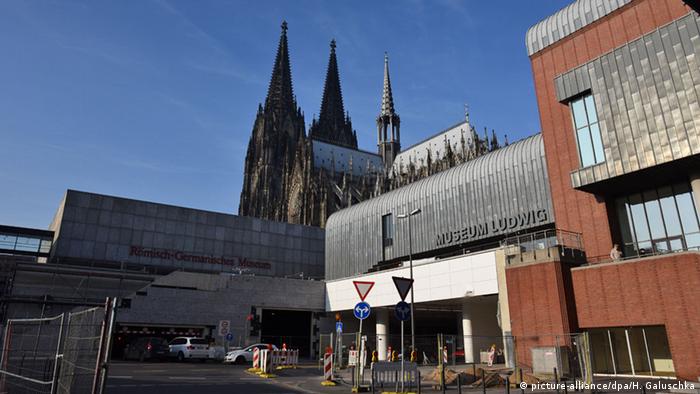 Cologne's music scene remained in uproar on Tuesday over hostile reactions by some concertgoers during Esfahani's solo performance of "Piano Phase" composed by American minimalist pioneer Steve Reich back in 1967.

Philharmonie management said Tuesday it was "stunned at the unforeseen reaction to Sunday's concert. We expect artists to be treated with respect," insisting that Cologne's prime concert venue would remain a "forum for cultural diversity."

"A small part of the audience cannot be allowed to destroy other people's pleasure." said management, adding that it had invited Esfahani back on March 1, 2017, to again perform the piece - originally composed by Reich for two pianos or two marimbas.

Cologne's Philharmonie Director-General Louwrens Langevoort told the Rhine river metropole's main newspaper "Kölner Stadt-Anzeiger" that had he been present on Sunday he would have "run on the stage to stand by the artist."

Langewoort said he had never imagined "such a reaction to #link:http://www.stevereich.com/:Steve Reich# in Cologne."

Cologne has been on edge since a spate of thefts and sexual assaults - allegedly by migrants from northern Africa, on New Year's Eve - that went on to fuel debate across Germany about its recent intake of one million mainly Middle East asylum seekers.

Esfahani, recounted events to the classic music website #link:http://:"Slippedisk,"# thanked other audience members, who he described as "younger people - mostly women," who came to his defense with "rounds of applause" as the concert's close.

He offered thanks especially to an unknown male concertgoer who ran down the aisle, used the available microphone, and said "how sorry he was for what happened."

The Cologne newspaper said Esfahani was initially challenged by catcalls such as "speak German" as he used English to explain how he intended to play on the hall's own replica 18th-century harpsichord combined with a simultaneous tape recording "in a version approved by the composer."

Esfahani, who had been wearing headphones to synchronize his live playing of the harpsichord "against" a pre-recorded audio track, said he broke off after about 8 minutes - at the halfway mark - because audience reactions had become "unbearable" after noticing that audience factions were yelling at each other, with a few people even crying.

A few people were crying

"The hall at this point was more or less in pandemonium on a scale that I've never seen in a concert hall for classical music. I fortunately had a microphone on stage and decided that, well, it was time to use it," he told "slippedisk."

“What are you afraid of?” - this was my first question," he wrote, adding that Reich's work was "not even all that modern - it'll turn 50 years old next year!" and that the rest of the afternoon's program with Köln Concerto had consisted of "pleasant music" for the "older ... educated middle class."

"I'm not quite sure what took over me, but I was relatively calm as I reflected on the fact that in the country of my origin [Iran], concerts are cancelled or banned for minuscule reasons by adherents of a regime that holds deep-set suspicions about music or indeed any art that reflects anything other than mourning.

I finally said: “we're going to proceed with the concerto by C.P.E. Bach,” referring to the afternoon's closing item, Bach's concerto in D-major for harpsichord and strings.

"The level of support, the number of people standing up - well, it was all terribly exhilarating," he concluded.

"And pretty much for the rest of the evening I ran into people at bars and pubs who came up and told me how they felt about what happened. There was the invariable apology - but this is not necessary! They should be glad to live in a city wherein people participate so actively in culture," said Esfahani.

Esfahani, born in Tehran in 1984 and first trained as a pianist, made his international debut in London in 2009 and has since made many solo appearances, for example, in Zurich, in Tokyo, in Washington's Library of Congress and with the Chicago Symphony Orchestra.