An independent candidate to be mayor of Cologne has been severely injured in a knife attack. Police said four other people were hurt at the scene, and a suspect was taken into custody. 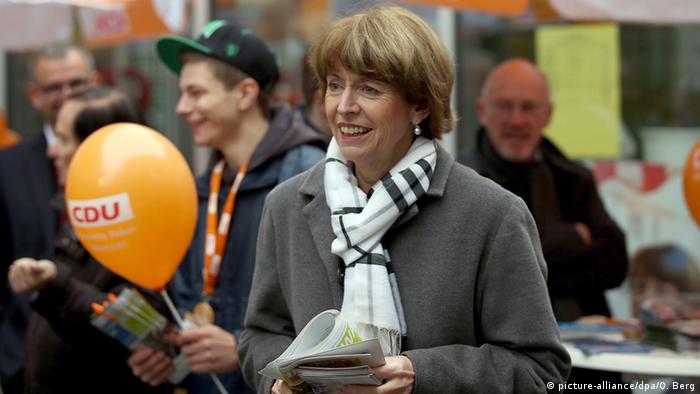 Police on Saturday morning said mayoral candidate Henriette Reker had been attacked at a political information stand in the city.

According to a spokesman, Reker was set upon by an individual wielding a knife who also attacked four other people at the scene, including a man - beleived to have been a part of Reker's campaign team - who was also seriously hurt.

The other three people were also said to have required medical treatment, but their injuries were not described as serious.

Police said a 44-year-old man had been arrested at the time of the incident, which took place at a political information stand for the Christian Democrats (CDU) in the Braunsfeld district of the city.

There was no initial indication of the motive for the attack, and it was not immediately clear how serious the injuries were.

However, "Focus" magazine reported that the man's act was meant at protesting the CDU's policies on refugees, according to Germany's KNA news agency.

The city elects a new mayor on Sunday and the 58-year-old year old lawyer was on the campaign trail at a weekly market. Reker's candidature has the support of a broad political base, with the CDU, the Greens and the Free Democrats all giving her their backing.