Coffee is good for your heart, says Korean study

How many coffee beans do you think are on this picture? More than there are opinions as to the impact of coffee on human health? Maybe. Well, at any rate, DW takes a look at the latest one - backed by science. 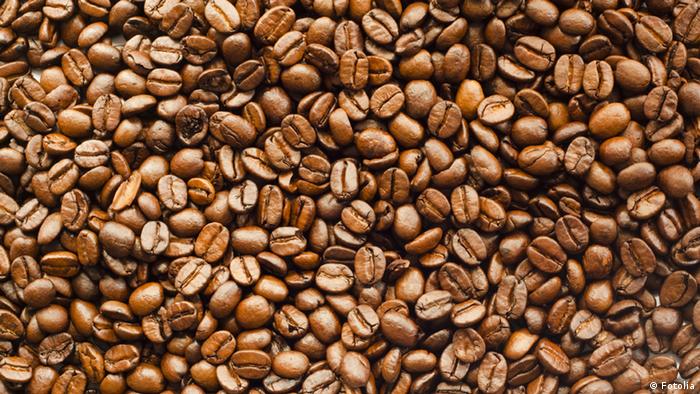 Coffee prevents Alzheimer's, helps with migraine headaches but causes high blood pressure … those are just a few of the common myths associated with what is perhaps the world's most beloved warm drink.

Now, a scientific study has been published that unfortunately neither confirms nor refutes those myths; however, it does bring a new lion into the arena: coffee, it says, could be good for our hearts.

The study, published in the journal Heart, found that men and women in South Korea who drink between three and five cups of coffee per day suffered less blockage in their coronary arteries than those who don't.

The research was conducted at Kangbuk Samsung Hospital, where 25,000 employees took part. The people who consumed "moderate" amounts of coffee - the three to five cups just mentioned - showed fewer signs for coronary disease, opening up once again the discussion of whether or not coffee is beneficial to human health.

Other studies, meanwhile, suggest the exact opposite, namely that coffee raises cholesterol and blood pressure. In both instances, there remains a lack of hard evidence.

The funny thing about the Korean study is that, initially, it wasn't even about coffee. The researchers were looking into the causes of arterial disease, the blockages that often lead to heart attacks. For, such coronary diseases are caused by the blockage of arteries that results from of the gradual breakdown of lipid material.

The consequence: the heart can no longer be supplied with oxygen carried by the bloodstream.

The researchers used scans to look for tiny deposits of calcium in the walls of the coronary arteries, which is seen as a first sign of heart disease. None of the participants in the study showed concrete signs of coronary heart disease. However, just over one in 10 showed the building of visible calcium deposits.

The researchers combined the results with the amount of coffee consumed, which was also documented as part of the study along with other risk factors that included smoking, exercise or genetic disposition for heart disease.

The result: the participants who drank at least three cups of coffee per day showed less visible calcium deposits as those who drank less coffee - or none at all.

The study can be seen as good news for coffee drinkers. But before the results can be confirmed, further tests are needed, say the researchers. So until then: Sit tight - and have a cup of tea.

Food myths: the good, the bad and the ugly