DW caught up with Brit literary star David Mitchell at the lit.Cologne festival where he talked about the pan-European roots of his writing, finding himself on the big screen and what to expect from his upcoming opera. 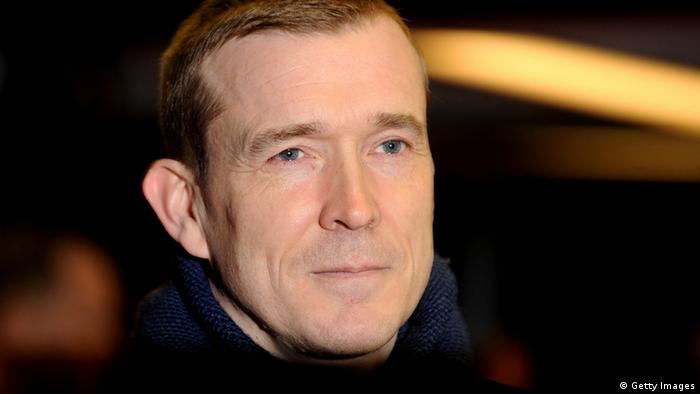 DW: The lit.Cologne festival described you a "polyglot British author who dares to take on the world as his topic." Germany's not in that world, is it?

David Mitchell: But there are more than 200 countries in the world! (Laughs.) So no, not yet. Brits have a weird relationship with Germany. It's weird and complex and - stunningly - it's still really rather 1945. I heard the German ambassador speak about this once, and he said that wartime propaganda actually got into the British DNA, like a virus. And it never quite got out. There's this rather infantile hang-up, and some negative stereotyping as well. And in 2013, that's bonkers.

There are positive stereotypes. Kraftwerk are doing a hugely popular exhibition at the Tate right now. Many Brits would view them as British national treasures. They transcend being German. They are, as Dickens said, [in a mock Dickensian voice] "An artist of European stature." But if the UK were a psychiatrist's patient, then the first thing that would need to be sorted out on the couch is the UK's relationship to Germany. It's in urgent need of sorting. 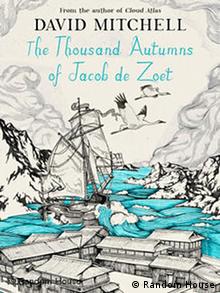 As place settings, three of the four countries you've lived in crop up repeatedly in your novels. What happened to Italy?

That was my first time living abroad, and I think I was a less perceptive recorder of potential future book material. If I used Italy, I could probably only use clichés. And I don't want to do that - I'm a writer. There are a lot of Italian novelists I do respect: Calvino, for sure [whose structural style influenced "Cloud Atlas"], Umberto Eco, Primo Levi - fabulous - and Guiseppe Tomasi di Lampedusa, who wrote perhaps the best historical novel ["The Leopard"] in any language. That's all he wrote, but gosh, you can die after having written that.

Speaking of dying: Should we read anything into the fact that, in one scene in "Cloud Atlas," an author takes revenge on a book critic by murdering him in a very public way?

That scene was a fancy, wishful moment - murdering a critic who had trashed "number9dream," the novel before "Cloud Atlas." I just felt, "I have to do something with this anger!"

Any memories from your time spent in Germany during the filming of "Cloud Atlas"?

In Berlin, I stayed at one of the most prestigious addresses in Germany: Unter den Linden. [Co-director] Lana Wachowski has a loft there. The memorial to the holocaust is close by - there's the underground room to commemorate where the books were burned and stone slabs to commemorate Jewish victims. And then across the road there's one to commemorate homosexuals who were targeted. I was - and still am - speechless that the state will build memorials to its own darkest chapters. The British wouldn't do that. And we have dark chapters. But we wouldn't spend taxpayers' money on building something on that scale with so much wisdom and tact in the middle of London. Unthinkable.

What was it like working with German co-director Tom Tykwer? Did he approach the film differently than the Wachowskis? 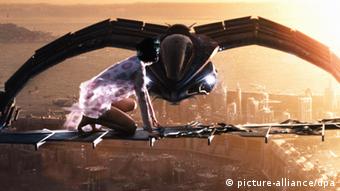 In something of a triple entendre, many called the filming of "Cloud Atlas" a "dream project"

Tom Tykwer is a gentleman. He has a fertile mind, he's very articulate, and he speaks great English. He's an artist, and he's a fine human being. I'm honored that someone that bright gave so many years of his creative life to a film that was in many ways a nightmare to make. It took four years, and it probably took more off the end of his life. As for stylistic differences, [Tykwer] has a European sensibility - whatever that means. (Laughs.) But as a spectrum, I'd say the interior life takes center stage with the European sensibility, whereas the exterior life takes the center stage in the American sensibility.

How involved were you in the filming?

I'm actually in the film. I don't speak, and I'm on screen for about two seconds. Sonmi [a female character] and I pass each other on the stairs. And then, in her final scene, I'm there as well.

Your most recent book, "The Thousand Autumns of Jacob de Zoet," is about the Dutch East India Company in Japan. Your opera libretto, "Wake," dealt with a Dutch fireworks disaster and premiered in Amsterdam in 2010. Now you're working on another libretto, "Sunken Garden," with Dutch composer Michel van der Aa. What's your connection to the Netherlands?

I guess I established a connection with the Netherlands because Japan has a connection to the Netherlands. When Japan was shut to the outside world, there was a trading enclave, a small, man-made island about half the size of a football pitch, connected with a small bridge to Nagasaki. And for two and a half centuries the Dutch East India Company were allowed to trade there. Arguably, the Dutch presence in Japan explains why Japan modernized so quickly in the 19th century, and could go from being a medieval society into a state that take on the Russian navy twice - and win, actually.

Can you tell us about the upcoming opera?

It starts off pretending it's some kind of missing-person detective story, and then it turns into sort of a Pinter-esque, master-servant, patroness-of-the-arts tale. And then it becomes quite Lynch-esque towards the end. It plays between life and death.

Isn't that how your next novel was described - as "playing between life and death?"

The opera was an early offshoot of the novel. But then the novel switched directions. But they're still distant relatives. There's also a character in "Sunken Garden" who's also in the [new] novel. There's a posh literary term for that. It's called "metalepsis." (Laughs.) I hadn't heard that until a few months ago.

David Mitchell is the author of five novels including "number9dream," (2001), "Cloud Atlas" (2004) and "The Thousand Autumns of Jacob de Zoet" (2010). He was raised in England, spent a year in Sicily, lived in Hiroshima for eight years, and has now settled down with his family in southern Ireland. "Sunken Garden" by Michel van der Aa and David Mitchell will premiere at London's Barbican in April 2013.

A novel about Hitler coming back from the dead in modern Berlin is a runaway German bestseller. But opinion is split as to whether the latest comic take on the Führer is politically acceptable - or even vaguely funny. (04.02.2013)

The silver screen adaptation of JRR Tolkien's "The Hobbit" will have fantasy fans flocking to movie theaters across Germany. The fantasy genre is booming in the country, both in film and literature. (13.12.2012)