Qatar-based author Mari Luomi says the Persian Gulf monarchies will have to change to be sustainable in the era of climate change. But reaping the benefits of the fossil fuel economy has blinded most of them to that. 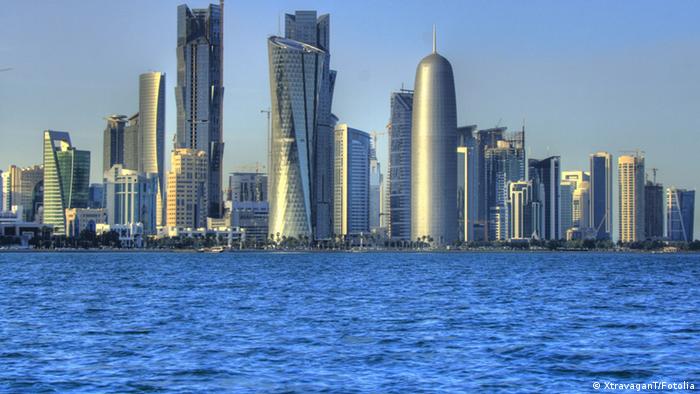 DW: Why do you conclude that the Gulf monarchies have reached their limits of "natural sustainability."

Mari Luomi: The growing imbalance between current natural resource consumption and preserving the environment for the future has reached a tipping point. The states are starting to feel the negative impacts of the past decade's uncontrolled growth. These include depletion of groundwater aquifers due to over-pumping, contamination by wastewater and other discharges, loss of biodiversity due to overgrazing and rising air pollution from construction, traffic and industry.

The book argues that "natural unsustainability is a built-in feature of Gulf states' contemporary societies.'" How is that the case?

It all links back to fossil-fuel dependency. Everything is based on oil and natural gas: national energy security, the economy, social well-being and political stability. Emphasis is on short-term economic gains and social balance. The environment always gets the back seat. Energy and water are spent unsparingly, with a lack of pricing mechanisms to curb consumption and a lack of awareness. 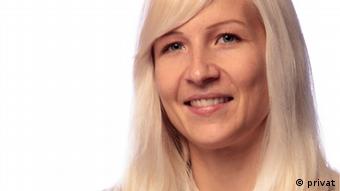 Mari Luomi, Research Associate at the School of Foreign Service of Georgetown University in Qatar.

What is the connection between the political system and achieving a balance between natural resource use and the environment?

The welfare-state structures and political stability of Qatar and the other Gulf monarchies are based on oil and natural gas. On the supply side, there is no motive for these producers to stop pumping because demand keeps growing and our fossil fuel-based world economy does not sufficiently factor in the environmental costs. On the domestic side, export revenues are allocated to the national - and expatriate - populations through government salaries, allowances and benefits. Subsidized energy and water are part of this "ruling bargain," as they form the base of economic diversification efforts.

Why are Qatar and Abu Dhabi the states that have been branding themselves as "green?"

These states have small national populations and high oil and gas export revenues per capita, which leaves them with an ampler margin to spend on diversification, branding, public diplomacy and image.

What role have the "Arab Spring" uprisings beginning in 2011 played with regard to energy and climate policy?

In Qatar there has so far been no Arab Spring to speak of. As for Abu Dhabi and the United Arab Emirates, with the onset of the Arab Spring in the broader region in 2011, the government announced a number of infrastructure and public spending projects in the poorer northern Emirates. More broadly: the region's fledgling energy pricing reforms are likely to take longer, assuming an increase in sensitivity to populist demands.

What role does the international climate debate play?

The Gulf states portray themselves as vulnerable to climate change in two ways: They are arid, hot and low-lying. They are also highly dependent on oil and gas revenues, which make them vulnerable to the adverse impacts of climate change mitigation, in other words, the expected negative impacts that the global shift away from fossil fuels will have on their economies. This tends to raise controversy in international climate negotiations where, for a long time, the rich Gulf oil exporters had a reputation [as] obstructionists. This stems from the fact that Gulf oil exporters are extremely well-off compared to most other developing countries.

But there is a truth to their anxiety. Even if their oil resources lasted for another century, global demand may peak much sooner. The Gulf monarchies may presently possess the wealth to adapt to moderate price impacts and environmental change, but they still have a long road to becoming developed, post-industrial countries. The region's future lies in solar energy. Unfortunately, most states are still blinded by the dangerous comfort of the fossil-fuel economy. 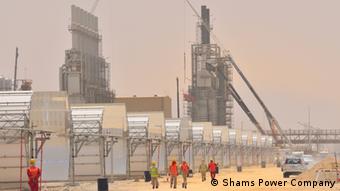 Could renewable energies ultimately replace fossil fuels as providers of secure income in the region?

Yes. But how soon this will be - and what the Gulf will look like then - is a big question. Societal change has been extremely rapid in the past few decades: In half a century, consumer societies have emerged from nowhere. It is impossible to imagine where they will be in 50 years, but it is obvious that a new global energy paradigm is emerging, and this will profoundly transform the whole region.

You argue that, in the long term, the Gulf monarchies stand a "meager chance of survival with their current state-society configurations." Why?

The welfare-state structures and social stability in the region are still heavily reliant on revenues from non-renewable natural resources. The Gulf states must succeed in diversifying their economies, sustaining their citizens' welfare, building human capacity, and transitioning to low-carbon societies in a span of a few decades. In the past, Gulf governments have shown tremendous adaptation capability, but transforming successfully from one global energy paradigm to another will require capability to innovate and reinvent - to think out of the box. This will be the big challenge for the next generations.

Mari Luomi, a Finnish researcher, is the author of "The Gulf Monarchies and Climate Change."

In Focus: Environmentalism booms in the Middle East

Political uprisings across the Middle East and North Africa have created new opportunities for environmental action. From the deserts of Jordan to high-tech cities of the UAE, green thinking is taking root. (16.04.2013)

Helen Clark: 'We're living as if we had four planets'

Sustainability is often not given enough thought in development initiatives. The head of the UN Development Program, Helen Clark, says that needs to change and calls for a "new paradigm" for sustainable development. (14.05.2013)

Jabber Al Mazroui has succeeded in building one of the world's largest aquaponics farms in the desert climes of the United Arab Emirates. He hopes aquaponics can boom, but local farmers are proving slow to adjust. (13.05.2013)