Known for starting the Fridays for Future climate movement, Greta Thunberg wants to see changes to food production and consumption in a bid to combat a trio of threats facing the world. 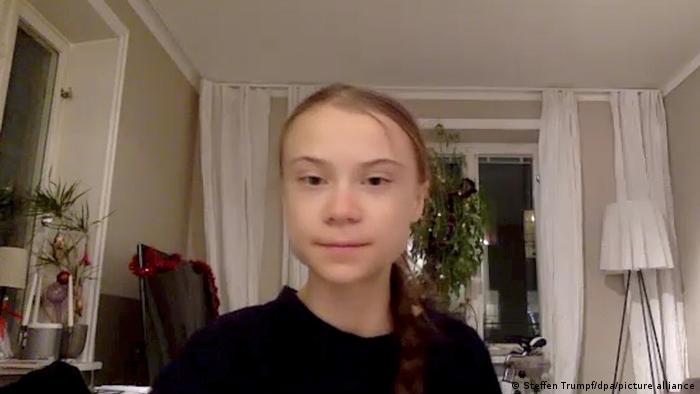 Greta Thunberg has called for changes to food production and consumption

Swedish climate activist Greta Thunberg has called for changes to food production and consumption in a bid to tackle a trio of threats facing the world.

"The climate crisis, ecological crisis and health crisis, they are all interlinked," Thunberg said in a video posted on social media on Saturday to mark International Biodiversity Day.

The focus on food and interlinked crises marks a new direction for Thunberg's environmental activism, which has previously targeted fossil fuel policies and political decision-makers.

"The way we farm and treat nature cutting down forests and destroying habitats, we are creating the perfect conditions for diseases to spill over from one animal to another — and to us," the 18-year-old activist said.

The World Health Organization has said the coronavirus was probably transmitted from bats to humans through another animal. Scientists say 60% of the infectious human diseases that emerged from 1990 to 2004 came from animals.

Thunberg also spoke about the consequences of food production on the environment: "If we keep making food the way we do, we will also destroy the habitats of most wild plants and animals driving countless species to extinction.

"They are our life-supporting system; if we lose them, we will be lost too," she said.

She said switching to a plant-based diet could save up to 8 billion tons of carbon dioxide, a major polluting greenhouse gas, each year.

Her comments come amid growing demand for meat-free alternatives due to concerns about health, animal welfare and the environment.

In Germany, the total value of meat produced in the country fell in 2020, according to recent data released by the country's Federal Statistics Office.

Meanwhile, the production of vegetarian and vegan substitute products in the country surged.