There were clashes between police and protesters as thousands of people rallied in the Spanish capital, Madrid. Demonstrators from across the country voiced opposition to austerity measures. 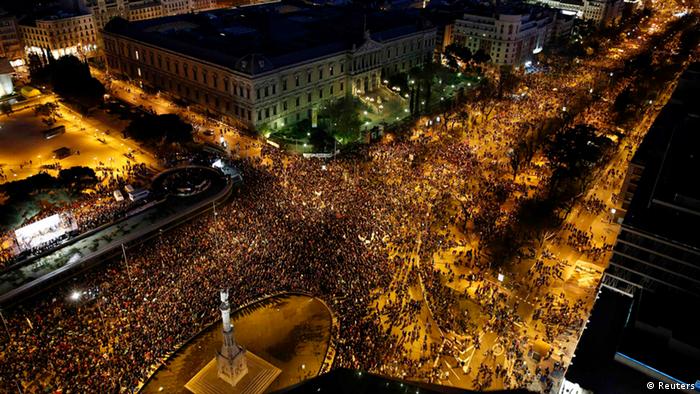 Several arrests and injuries were reported in the clashes, which began as a speech being made to the crowd came to an end.

The "March for Dignity" rally was held with the slogan "Bread, work and a roof for each and everyone," in opposition to cuts introduced by the ruling center-right People's Party.

"They are causing suffering, poverty, hunger and even deaths, and all so that banks and the economic powers can hold onto their great benefits at the expense of our lives," read one statement from the protesters.

As the speech took place, a group of protesters was reported to have tried to break through police barriers to gain access to the headquarters of the party. Riot police were said to have charged the protesters, who then threw bottles and other objects.

Police said that six officers were injured and 12 people arrested.

Six columns of protesters had arrived in Madrid, each having set out from a different part of Spain.

The country's economy took a significant hit in 2008, with the collapse of its building sector proving particularly disastrous. The impact has been particularly hard on young Spaniards, with unemployment among under-25s running at more than 50 percent.