A military statement has ordered civilians to leave the "Islamic State"-held city, without giving further details. Some analysts believe a major US-led operation to retake the city is imminent. 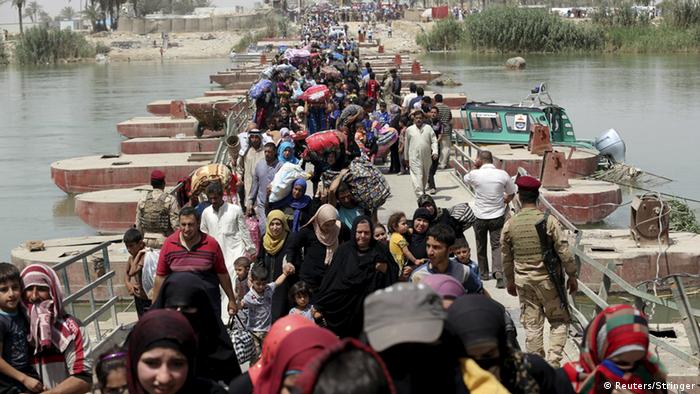 Monday's statement was broadcast on Iraqi state TV, requesting that Ramadi civilians leave the city from its southern Himaira area. No further details were given.

The announcement immediately fuelled speculation that a major operation by Iraqi forces to retake Ramadi from "Islamic State" ("IS") militants was about to begin.

The statement followed three days of air strikes in Iraq and Syria by the US-led coalition fighting the jihadist group, and was issued after Iraqi forces cut the last "IS" supply line into the city by seizing a key bridge.

IS militants were imposing a 5,500 euro ($6,000) levy for anyone who wanted to leave, the military said, adding that around 50,000 civilians have been prevented from traveling.

Ramadi was captured by "IS" in May after the Baghdad-backed army and special forces abandoned their posts. The army was criticized for putting up a weak fight against the jihadists.

The battle for Ramadi had been ongoing since late 2013, when "IS" first swept across large swathes of Iraq and Syria as part of its self-proclaimed caliphate. The city was retaken by the Iraqi army and then fell into the hands of the extremists at least twice since then.

Prime Minister Haider al-Abadi had vowed a quick counter-offensive to retake the city, but it was held up due to inadequate resources. 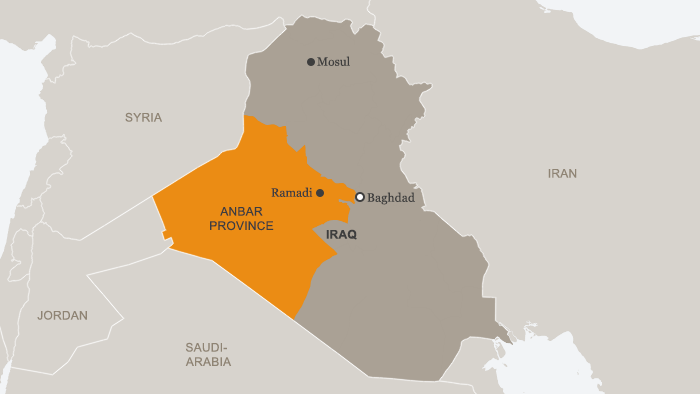 American and allied jets conducted seven strikes against "IS" positions around the city on Saturday and five on Sunday.

Eleven other Iraqi cities were also targeted, including Fallujah, Sinjar and Mosul.

An army colonel from the 9th division told Reuters the latest advance had restricted the jihadists ability to function.

"This advance is very important," said the colonel on condition of anonymity. "Daesh ("IS") can no longer ferry weapons, food and equipment through the river like they did in the past."

Analysts believe the army will now move to clear the city of the Sunni militants one neighborhood at a time.

One of the biggest cities in Iraq, Ramadi lies 115 kilometers (70 miles) west of Baghdad.