Male circumcision is increasingly being used in Africa to help halt the spread of HIV/AIDS. Surveys show the infection rate can fall by up to 60 percent. Rwanda has launched a new non-surgical form of circumcision. 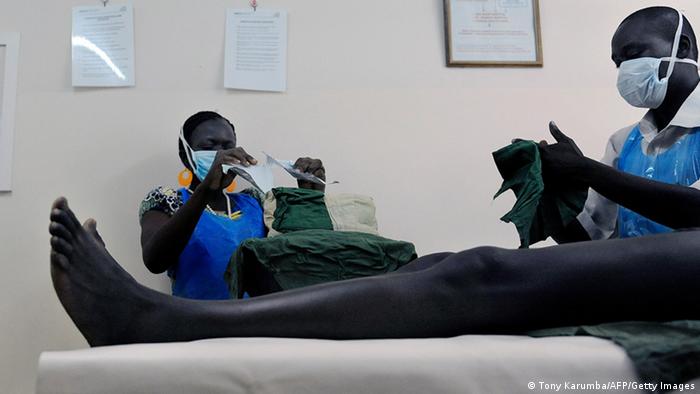 "It didn't hurt, it wasn't bad at all," says Marc Karemangingo with a mixture of pride and embarrassment. The 18 year-old has just been circumcised. In an operation lasting just 15 minutes, doctors removed his foreskin. Marc is now standing outside the Military Hospital in the Rwandan capital Kigali. Behind him, an unobtrusive sign shows the way to the "Center for Male Circumcision." The young Rwandan was very scared before the operation. "But the doctor was very nice and chatted with me. It was done very well," he said.

Marc is one of 200,000 men in Rwanda who have undergone circumcision as part of a government program. That is not many when compared to the goal of two million which the government had set for the end of this year. 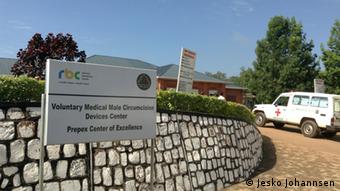 Men can be circumcised free of charge in many Rwandan hospitals

The program is managed by the state-run Rwanda Biomedical Center.

Dr Sabin Nsanzimana heads the HIV/AIDS department. "When we started this program, we were very ambitious," he said. Previous strategies had yielded meager results. Not least because it was not possible to measure condom use accurately. The effects of circumcision can be assessed more easily. There are also other advantages, Dr Nsanzimana says. "It is easy, not expensive and you don't need to repeat it."

2.9 percent of Rwandans are infected with HIV, that's three out of every hundred people. In contrast, the infection rate in Germany is below 0.1 percent, while in Botswana in southern Africa it is 23 percent. East African researchers discovered that the risk of contracting HIV is up to 60 percent less for a circumcised man when compared to his non-circumcised counterpart.

While circumcision does not rule out contracting AIDS, international organisations like UNAIDS and the World Health Organisation (WHO) regard circumcision as an effective weapon in the struggle to halt the spread of the disease. 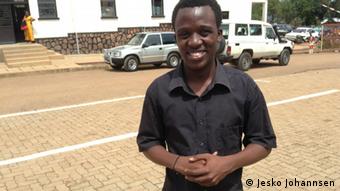 It is also being promoted in Kenya and Uganda. In those countries, it is not yet clear by how much the the infection rate has been reduced. Scientists believe that circumcision alters the environment for microbes on the penis and this could make it difficult for viruses and bacteria to survive.

When the campaign began in Rwanda, only 13 percent of men were circumcised, most of them were Muslims. 90 percent of Rwandans are Catholic. "It took some time to persuade people that this has nothing to do with religion. It's about protection and prevention," Dr Nsnazimana told DW.

In the meantime, the level of acceptance has increased. Men come to the health centers from all over the country. In Kigali's Military Hospital, an average of 25 men per day come to be circumcised. There are plans to increase the number to one thousand per week. This will be possible thanks to a new method of circumcision which can be carried out non-surgically. The magic word is "PrePex." It consists of two rings and an elastic band. Dr Leon Ngeruka, from Kigali's Military Hospital, explains how it works. "The inner ring is placed over the penis and the foreskin is puilled over it. An elastic ring made of plastic is then stretched over both to compress the skin. This blocks the flow of blood and the foreskin falls off about a week later."

Not a substitute for condoms

Circumcision should not be viewed as protection against unwanted pregnancies or sexually-transmitted diseases. 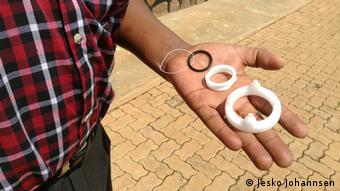 It is not "an invisible condom," Dr Nsanzimana warns. "Men come to us and ask if they still need to use a condom after circumcision." This is a new challenge, he told DW. "If you want to have male circumcision as a visa to do sexual things, it can't work. If you see male circumcision as total protection, then you are going to be infected more often."

To get the message across, men are counselled before and after being circumcised so that they are fully aware of what it means for their sexual future. For Marc Karemangingo, that future includes condoms. "Young people like me should be able to grow up without HIV/AIDS. We must use condoms in order to protect our lives," he said.

UN reports major gains in the fight against HIV

The global rate of HIV infection and AIDS-related deaths have been dramatically reduced due to expanding access to treatment, the UN has reported. Since 2001 new HIV infections have been cut by a third overall. (23.09.2013)

1.6 million people in Tanzania are HIV positive – almost six percent of the population. But the country is managing to contain the disease with the help of drug therapy and investment in the health service. (30.07.2013)

Top AIDS scientists are in Paris to mark the 30th anniversary of the detection of HIV. One of them is Sharon Lewin. Her work on latent HIV cells could lead to a cure, but she warns it's a "tough ask." (22.05.2013)