1.6 million people in Tanzania are HIV positive – almost six percent of the population. But the country is managing to contain the disease with the help of drug therapy and investment in the health service. 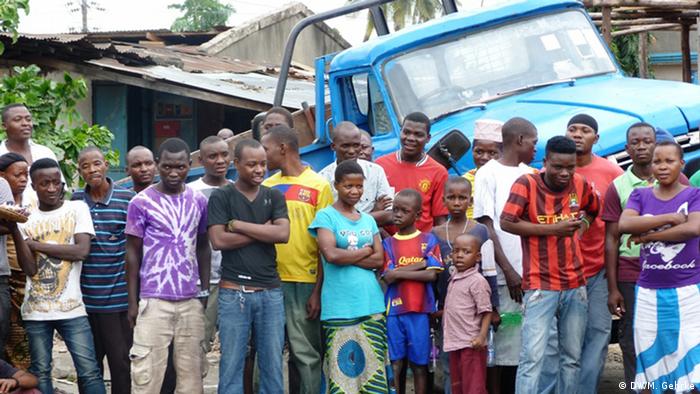 Eighty four thousand people in Tanzania still die each year from AIDS-related diseases, but the country has nonetheless made enormous progress in combating the pandemic, according to Christoph Benn from the Global Fund to fight AIDS, Malaria, and Tuberculosis. Twenty years ago, funerals of AIDS sufferers were an everyday occurrence,” recalled Benn, who himself was the head of a hospital in Tanzania at the time. “Young people were dying; children were uncared for, there were orphans in every village. One could see how this country was suffering socially and economically.”

The breakthrough came at the end of the 1990s when it became possible to treat, though not cure, HIV-AIDS. As Benn explained, nobody was going to get themselves tested for HIV if the outcome could be a death sentence. But that has changed since the arrival of drug therapy and the number of AIDS cases in Tanzania has declined. 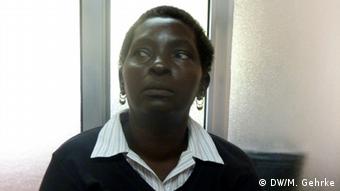 Japo Hemedi has been living with HIV for five years

When the Tanzanian government launched an HIV-AIDS public awareness campaign in 2005 calling on people to get themeselves tested for the virus, Japo Hemedi was among those who went to a doctor. She had been sick and feeling weak for a long time. The diagnosis confirmed her worst fears. She was HIV positive. But thanks to free medical treatment and supervision, she has now learned to live with the disease. The 50-year-old single mother of five children sells fresh fruits and vegetables at a stand outside the hospital in Temeke district in Dar es Salaam. Her family and most of her customers know she is HIV positive. “I have never felt stigmatised. My family and neighbors have accepted me in spite of the disease,” she said.

Up to 200 HIV patients are treated daily in the hospital in Temeke. Improved public health education has made work easier for the doctors, said the hospital's medical director, Dr. Suleiman Muttani. “Patients who come to the hospital with a broken leg now tell the doctors when they are HIV positive. People have learned they can live with AIDS”. However they have to take their medicationss regularly and go to the doctor immediately in the event of an infection,“ he said. "We are trying to make people understand that it is possible to control AIDS more easily than diabetes, for example," he added.

Possible to live with AIDS

The Pasada AIDS clinic in Dar es Salaam attends to the needs of about 3,000 adult patients and almost 6000 children, including orphans, every month. Christa Alunas is a young mother. “I was very sick before I came here” she said. Christa is HIV positive, but she believes her nine month old daughter is HIV negative. “I have been treated here since 2005. At the beginning I only had fever. Then I got skin rashes and later tuberculosis. Both have been treated successfully,” says the 34 year old. “ Today I feel good. I take my medicines regularly and my life is great." 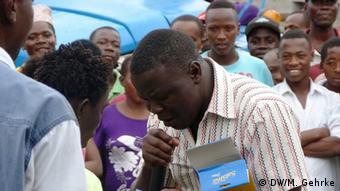 Pasada, a Roman Catholic aid organisation, receives financial support from the German Leprosy and Tuberculosis Relief and the Global Fund and takes part in the Tanzanian government's program to prevent the transmission of HIV from mother to child.

During pregnancy, HIV-positive women receive regular medication to prevent transmission of the disease in the womb. The babies are also given medical treatment for HIV until they are 18 months old when they are tested for the disease. Christa is confident that her daughter will grow up without HIV.

Recommending but not sharing condoms

Pasada director Frank Manase admits that his clinic's allegiance to the Catholic Church imposes limits on its ability to prevent the spread of AIDS. It cannot encourage the use of condoms. “Drawing on our faith, we explain the importance of condoms, but we do not distribute them. There is a conflict here. We do not turn people away who ask for condoms, we tell them where they can get them," he said.

One NGO that has no qualms about the use of condoms is Population Services International, with which the German government has been working in Africa since 2005 . PSI uses street theater, musical events and video evenings in villages to educate people about HIV-AIDS and how to prevent it from spreading.

Khadija Azoma has just been to an open air video presentation in the outskirts of Dar es Salaam with her two children. The message in the video is clear, she said. “When you are in a relationship, be faithful. When you do have an affair outside your marriage, then use a condom.” Last year PSI distributed around 80 million condoms.

Tanzania is on the right path 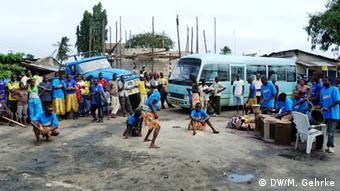 Khadija also wished that her husband had joined them for the video evening, "because then he would now be better informed,“ she said . But at least her children are going to be taught what they need to know. Khadija said her young daughter has already had some sex education, “but of course I will want to talk to her as well.”

Christoph Benn from Global Fund believes Tanzania is on the right road . Thanks to the economic growth of recent years, the country is investing more in the health sector. “But one should not forget what would have happened, had the country not been able to beat back the disease.”

Tumaini Matinda is 33 years old and works as a travel guide, organizing safaris for tourists who visit national parks. (15.07.2013)

A chronology of 50 years of African unity

The process of African unity has experienced both successes and setbacks during the last 50 years. Here is a timeline of of the development of the African Union and its predecessor, the Organization of African Unity. (24.05.2013)