A woman who accuses US Supreme Court nominee Brett Kavanaugh of sexual misconduct testified before a Senate committee hearing. Kavanaugh said the claim is false and called the allegations a calculated political hit. 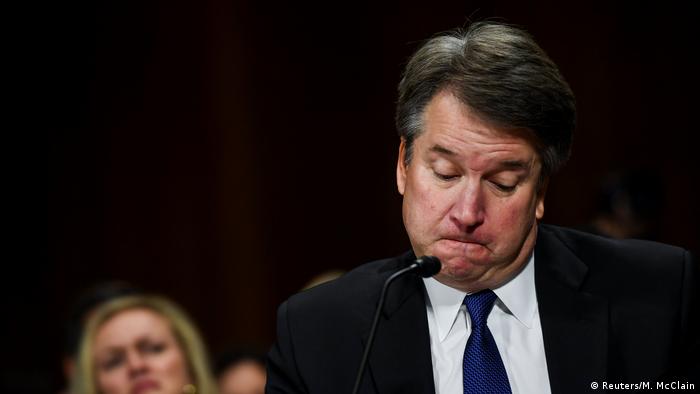 The Senate Judiciary Committee voted on Friday to move Brett Kavanaugh's nomination to the Senate floor. The decision followed gut-wrenching testimonies given the previous day, which stand to play a major role in the Senate's decision to approve Kavanaugh's lifetime appointment to the US Supreme Court.

Christine Blasey Ford and Brett Kavanaugh both fought back tears on Thursday as they told a US Senate committee about claims of a sexual assault alleged to have occurred when they were both teenagers in the 1980s.

Testifying first, Ford said Kavanaugh locked her in a bedroom during a social gathering and pinned her to the bed. "Brett groped me and tried to take off my clothes. He was having a hard time because he was inebriated… I believed he was going to rape me."

Kavanaugh, who faced questioning after Ford, told senators he was innocent of the charges leveled against him, saying the accusations had destroyed his family. He called the allegations against him a "calculated and orchestrated political hit." He said during his own testimony that he had not listened to Ford's. 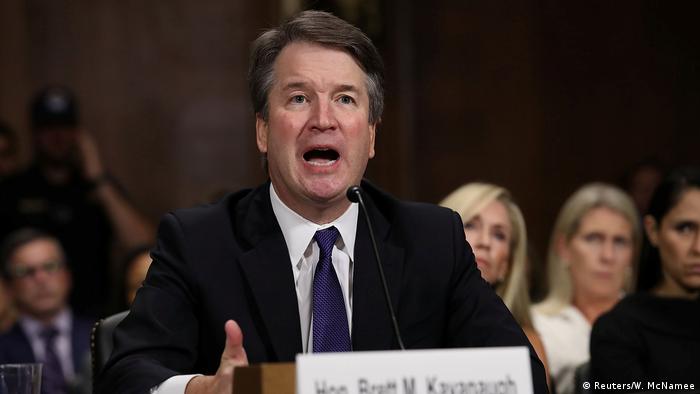 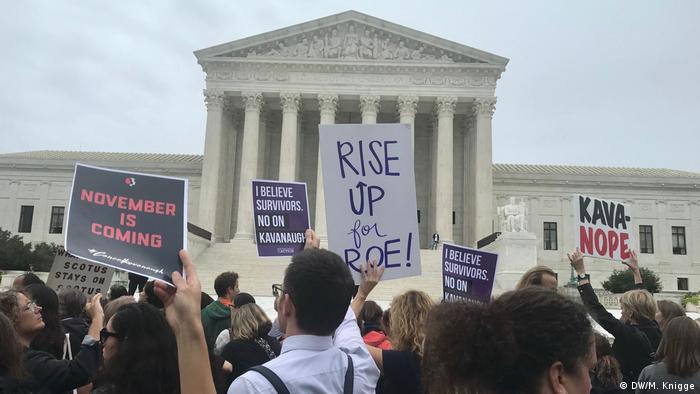 Demonstration against Kavanaugh in Washington as the hearing took place

Protesters supporting Kavanaugh and Ford gathered on Capitol Hill during the hearing. Some held signs urging senators to "confirm Kavanaugh," others said: "Supreme injustice must end" and "We believe Dr. Blasey Ford."

"We want to let her know that she has our support," Nina Marciano from D.C. told DW's US correspondent, Michael Knigge. "We are here to commend her and also urge our leaders to make the right decision ... I would want an FBI investigation."

Protesters also marched to the Supreme Court, where Kavanaugh would work if confirmed by the committee and Senate.

What other accusers have said: Ford is one of three women to accuse Kavanaugh of sexual misconduct in the 1980s. Deborah Ramirez told US media that Kavanaugh exposed himself to her at a college party when they were both at Yale University. A third woman, Julie Swetnick, said Kavanaugh engaged in "abusive and physically aggressive behavior toward girls" at parties, and that he was "present" when she was raped by multiple boys.

Trump's response to the allegations: President Donald Trump has fiercely defended his nominee, alleging the accusations are fabricated and part of a "con job" by the Democrats. However, he has said he would listen to what Ford has to say at the hearing and, if persuaded, could withdraw the nomination.

How Kavanaugh could impact the Supreme Court: Trump chose staunch conservative Kavanaugh to replace Justice Anthony Kennedy, who had been a swing vote on a court currently split between four conservative and four liberal justices. Kavanaugh's appointment would cement conservative control of the top court — furthering Trump's efforts to shift the federal judiciary to the right. The Democratic Party has balked at Trump's nominee, and the controversy surrounding the assault allegations has only deepened the battle lines between the two parties. Democrats have demanded the nomination process be suspended until a full investigation into the women's claims has been carried out.

What happens next: Supreme Court appointments must be confirmed by the Senate, where Trump's Republican Party holds a slim majority. A few weeks ago, Kavanaugh's confirmation appeared a done deal, but things have shifted since allegations of misconduct against him surfaced, and there are signs that some moderate Republicans are on the fence. The committee is set to hold a vote on Friday. If approved, Kavanaugh's nomination could then go before the full Senate on Tuesday for a final vote.

US President Donald Trump has rejected claims that he sexually harassed several women before becoming president. On Monday, three of Trump's accusers reiterated their claims. (12.12.2017)

In a tweet, the US president has questioned whether "due process" still exists after a pair of White House staff resignations. Critics have accused the Trump administration of maintaining a "culture of misogyny." (10.02.2018)

Christine Blasey Ford, who has accused Kavanaugh of sexual assaulting her, has agreed to testify before a Senate panel. Ford's allegations have delayed the conservative judge's confirmation to the Supreme Court. (23.09.2018)