China's Defense Ministry has said the military will hold live-firing drills near the Myanmar border. The exercise will take place near to where stray bombs from a Myanmar warplane recently killed five Chinese. 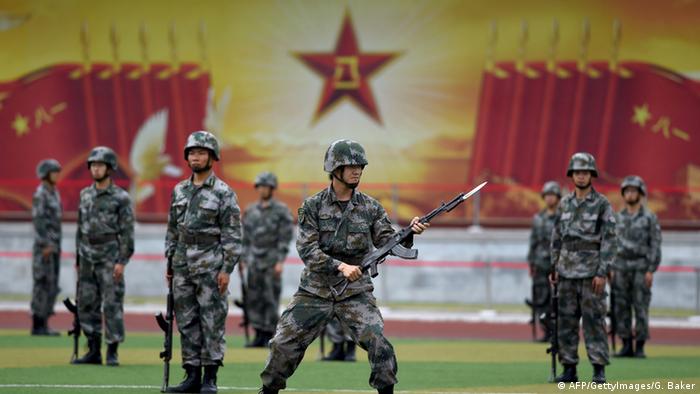 The ministry said the drills would begin on Tuesday in Yunnan province and would include both ground and air weaponry, but gave no details as to troop numbers or duration.

The mountainous area where the exercise will be carried out on China's southwestern border is directly across from Myanmar's northeastern Shan state, where government troops are battling an ethnic insurgency by Kokang rebels.

In March, Beijing sent fighter planes to control the border after five Chinese people were killed when a Myanmar warplane dropped a bomb in a sugarcane field. 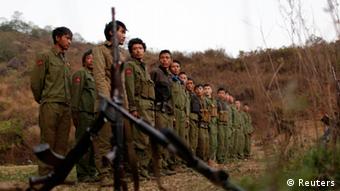 The Kokang region has been troubled for some time

The incident sparked widespread outrage in China, which has often complained of cross-border firing amid the insurgency.

The exercises this week appear to aim to demonstrate China's military control of the area in a bid to deter any spillover of fighting into Chinese territory.

The Kokang region has close ties to China, with its people being descendants of ethnic Chinese migrants who speak a Chinese dialect. Thousands of people have crossed the border to flee the fighting, which is believed to have killed hundreds of people.

China has denied accusations by Myanmar that former Chinese soldiers have trained the rebels, saying that it respects Myanmar's sovereignty.