China nudges US out of Iraqi oil boom

After hundreds of thousands of deaths and a decade of US military presence, could China be the ultimate winner of the Iraq War? The Asian giant is expanding its share of the Iraqi oil market at the expense of US firms. 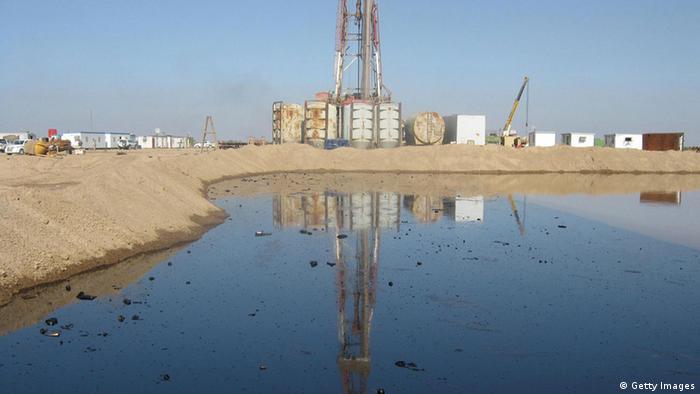 Since the fall of Saddam Hussein in 2003, Iraq has become one of the world's top oil producers, and China, which already buys nearly half the oil the country produces, is currently vying for an even bigger share. State-operated oil companies are now bidding for a vast stake in one of Iraq's largest oil fields currently owned by US multinational Exxon Mobil.

According to market analysts, it is a further sign that China is capitalizing on the political situation in Iraq to edge out US competitors.

"Though the Americans technically won the war there, as you know it was a catastrophic blunder," said Mamdouh Salameh, international oil economist and oil market consultant for the World Bank. "They went for oil, but the winner actually is China."

China was among the first to seize the opportunity created by the fall of Saddam by pouring vast finances and thousands of oil workers into the country. That preparation was augmented two years ago when the new Iraqi government began negotiating oil concessions. The immense southern Iraqi oilfield at Rumaila was allocated to BP and the China National Petroleum Corporation. Rumaila, straddling the border with Kuwait, is thought to have one of the biggest oil reserves in the world. 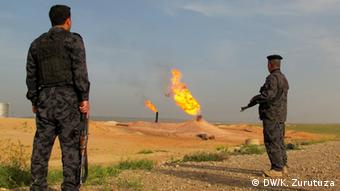 Iraqi Kurds have been offering US firms better deals

Meanwhile Exxon Mobil was also in line for a concession on the West Qurna oilfield, but then the US multinational opened negotiations with Iraqi Kurds in the north. "That has irritated the central government in Iraq, to the extent that they threatened Exxon Mobil with cancelling the concession," Salameh told DW. "Of course the Iraqi government wants Exxon to remain, but they cannot concede that the company is working behind their back. That amounts to giving the local government in Iraqi Kurdistan some sort of autonomy, if not independence."

"As soon as Exxon was looking in the Kurdish region, the Iraqi government in Baghdad said, 'You'd have to choose between the two,'" said David Butter, associate fellow of the Middle East program at UK think tank Chatham House. "It's a very long-running dispute that goes all the way back to the interpretation of the Iraqi constitution and how you share oil wealth."

The upshot is that If Exxon Mobil does not back down in negotiating with the Kurds, the Chinese are ideally positioned to scoop up the US firm's share in the southern oilfields.

The reason why the US company has risked incurring the Iraqi government's annoyance was because the Kurds have been offering more lucrative terms on their concessions. While US firms - who have shareholders to keep happy - are eagerly eyeing the potential profits, Chinese firms, backed as they are by the government, are less concerned with large profits than a stable supply. The oil firms are in effect a branch of China's foreign policy. 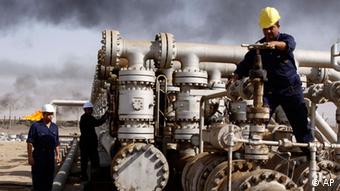 "They don't have to do any risk management, as it is politically motivated," Gernot Klepper, energy expert at Germany's Kiel Institute for the World Economy (IFW), told DW. "They can invest regardless of the risk. The commercially-driven companies in industrial countries can't take the risk anymore, partly because the banks don't give them any credit for it. Whereas the Chinese are practically guaranteed by the state."

But does this shifting power balance mean that the Chinese are likely to invest more in the Middle East - financially, or even militariliy - so as to protect these growing economic interests?

Salameh thinks so. "China is no different to the Americans, or the British, or the French when it comes to protecting their business interests. Of course China prefers Iraq to be stable," said Salameh. "And they are prepared to defend their interests by military force if they have to. We have a case in point in Sudan. The Chinese have built a pipeline from southern Sudan to the Red Sea, and they have their forces there to protect that pipeline. I think they might be even more inclined to do so for a far bigger fish like Iraq." 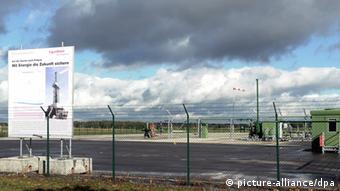 Because of fracking, the US likely to import less oil from the Middle East

But security analysts like Butter are not so sure. "I don't think the Chinese have shown any real interest in getting involved in political security issues in the region," he said. "Anybody going into Iraq obviously has to take security into account, but I think the oil companies reckon that the risk is not too bad down in the south. What they perhaps wouldn't do is try to set up a large naval presence in the region. Possibly they would look at the advantages of providing infrastructure investment."

Paul Rogers, global security consultant at the UK think tank Oxford Research Group, points out that this is all part of China's greater strategy of diversifying its sources of oil imports in the Middle East while remaining politically neutral.

"The Chinese will be interested from a commercial point-of-view in helping the infrastructure in the southern part of the country," he told DW. "They've worked extremely closely with the Iranians over the last 10 years, investing in oil and gas fields, in return for which they're getting very long-term deals. At the same time, quite extraordinarily, they're working very closely with the Saudis as well. They are really looking at three of the really big oil producers - Iran, Saudi Arabia, and now Iraq."

Rogers says that while China has been "very careful not to commit military forces to the area" so far, the country is not shy of supplying weapons to regional forces, including Iran, to secure their economic interests.

Meanwhile, the US's own energy situation - specifically that fracking has unlocked vast new domestic oil reserves - means that it has less economic interest in Iraq than it did 10 years ago. "But I don't think that is happening as fast many analysts claim," said Rogers. "There is a changing balance, but the US is still a major oil importer. Also, given that it is important to China, it's no bad thing for the US to maintain high levels of security in the area. I think the US sees the Middle East as geo-politically important even though it may become less dependent on it."

Claimed by Kurds, Arabs and Turkmen, oil-rich Kirkuk remains one of Iraq's thorniest issues 10 years after the invasion. DW spoke with the different communities' most senior representatives about the region's problems. (19.04.2013)