China has eased ahead of Germany and France to become the third-largest exporter of arms worldwide. A fresh SIPRI study revealed the growing strength of the Asian giant's domestic weapons industry. 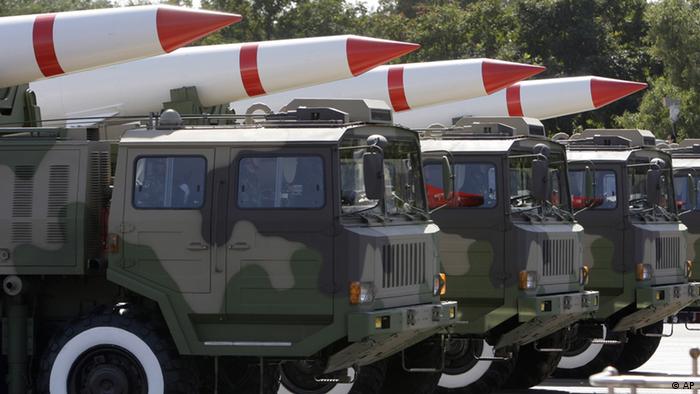 Although its roughly 5-percent share of the global arms export market remained small compared to the combined 58 percent coming from the US and Russia, the data highlighted China's prospering domestic defense industry churning out fourth-generation fighter jets, navy frigates and a wide range of rather cheap and simple weapons used in conflicts around the globe.

China had long been dependent on arms imports mainly from Russia and Ukraine, but its fast-growing economy and the frequent copying of foreign technology had reversed the trend, SIPRI said in its report covering the 2012-2014 period.

China now supplies weapons to 35 countries, with most arms going to Pakistan, Bangladesh and Myanmar, the institute stated.

Besides relatively low production costs, China's advantages on the market included easy financing conditions and leniency towards authoritarian governments, Philip Saunders from the Center for the Study of Chinese Military Affairs at the US National Defense University told the Associated Press news agency.

In addition, China hasn't stopped short of exploiting niche markets such as North Korea and Iran - countries that the West wouldn't sell arms to. Those two US foes appeared to have received satellite jamming and cyber warfare capabilities from Beijing, along with technology to break into communications systems.

Five of the top 10 largest importers of major weapons are in Asia: India, China, Pakistan, South Korea and Singapore. They account for 30 percent of the global volume of arms imports, SIPRI's Siemon Wenzenman tells DW. (16.03.2015)