China in crackdown on ′gambling crimes′ | Business| Economy and finance news from a German perspective | DW | 17.10.2016

Shares in Australian casino giant Crown Resorts have plummeted after China detained some of its employees amid investigations into "gambling crimes." The company is yet to be provided with details. 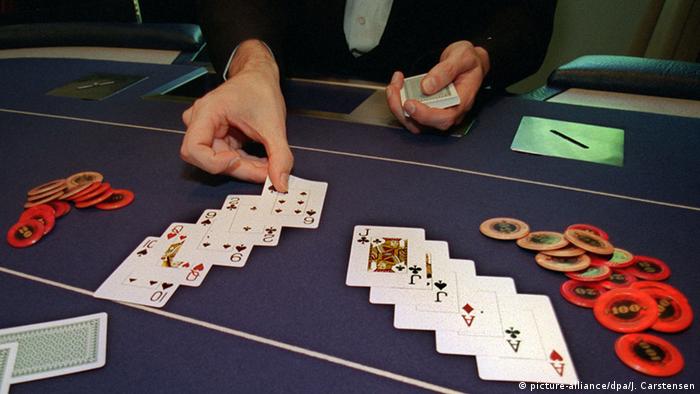 Shares in billionaire James Packer's Crown Resorts dived by almost 14 percent on the Sydney Stock Exchange on Monday after 18 sales and marketing staff were detained in China, three of them Australians.

"To date, Crown has not been able to speak with its employees and is working closely with the Department of Foreign Affairs and Trade to urgently make contact with and ascertain the welfare of its employees," the company said in a statement, adding that Crown was yet to be provided with details of why its workers had been detained.

The Australian Broadcasting Association said it understood that the employees in question were seized over soliciting Chinese high-rollers to gamble in overseas casinos amid Beijing's efforts to stop what it calls the illicit flow of funds into foreign casinos.

Gaming companies are not allowed to explicitly advertise gambling in China.

Hong Kong-based Bernstein analyst Vitaly Umansky said that the detentions appeared to be a repeat of China's crackdown on South Korean casino marketing efforts a year earlier, a move seen less as an attempt to curb Chinese gambling than to keep it under domestic control.

"The Chinese government seems to be making a clear statement about its view on gaming activity being off shored to foreign jurisdiction, while Macau is not being targeted in the same way," Umansky told the Reuters news agency.

Crown Resorts operates casinos across Australia and the world, including in Macau.