China has ordered the last foreign journalists remaining in Tibet to leave the province. It comes amidst reports of China beefing up its security presence in and around the area. 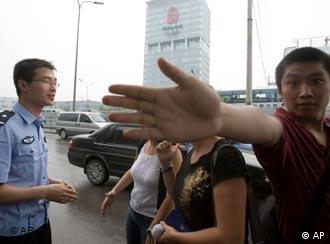 Beijing had threatened to withdraw the residence permits of the two German journalists if they failed to comply with the demand. The move has been widely condemned by journalists' organizations and human rights groups.

Georg Blume, a correspondent for the German weekly Die Zeit, and Kristin Kupfer, a reporter for the Austrian weekly Profil and the German news service epd, left the Tibetan capital Lhasa on Thursday, Mar. 20. 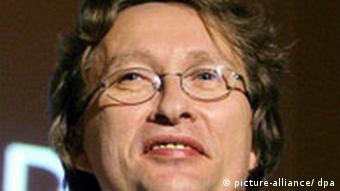 Georg Blume was one of the last foreign reporters still in Lhasa, the Tibetan capital

"One convoy was about two kilometers long and contained about 200 trucks, each having 30 soldiers on board. So that's about 6,000 military personnel in one convoy," he told the AFP news agency.

A separate source, who asked not to be identified, told AFP: "Lots of security forces are on the streets. We can see Chinese security going door to door. It's very tense."

The expulsion of foreign journalists from Tibet is at odds with Beijing's pledge in January to allow foreign reporters more freedom ahead of the Olympic Games, which open in five months.

After the outbreak of protests in Tibet last Friday, the Chinese leadership prohibited foreign journalists travelling to or remaining in the province, citing reasons of safety. At the same time, it criticized the western media for biased reporting of the events there.

The human rights organization Reporters Without Borders criticized Beijing's actions. The group said it knew of over 40 cases in which journalists' work had been impeded by security forces, who had tried to stop filming, confiscate photographs and cordon off streets. 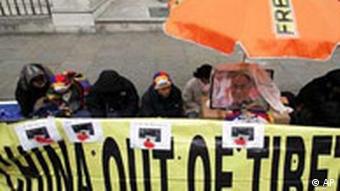 The suppression of the protests in Tibet sparked worldwide demonstrations

Spokeswoman Katrin Evers said it was apparent that the Chinese authorities did not want anyone from outside to witness what was going on in Tibet. She accused China of once again breaking its promise to allow foreign journalists more freedom of movement ahead of the Olympic Games.

The German Journalists Federation (DJV) referred to a glaring violation of press freedoms.

"Journalists have to have the opportunity to move around and report without interference," said DJV spokesman Hendrik Zoerner.

Chinese Premier open to talks with the Dalai Lama

As China sends huge numbers of troops to Tibet to quell demonstrations there, news is coming from Britain that high-level talks to end the crisis could be possible. (19.03.2008)

What do you think about the expulsion of foreign journalists from China? Send us an e-mail. Please include your name and country in your reply.