Claims a Beijing nursery gave injections and drugs to toddlers have prompted a media storm and protests by parents. Police are investigating, and daycare chain operator RYB says it has suspended three teachers. 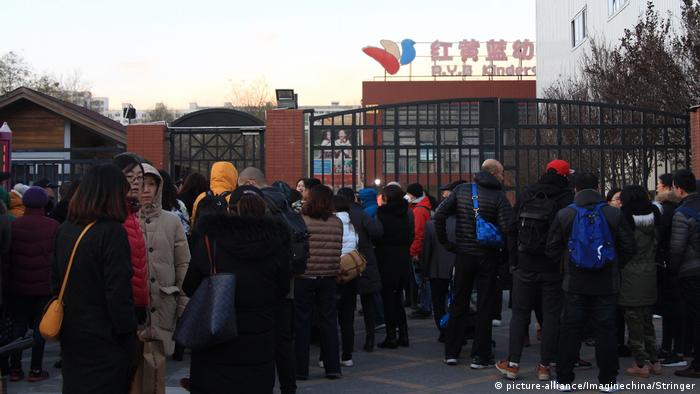 Reacting to the latest in a series of scandals over alleged supervisory lapses in China's booming private childcare sector, the education ministry urged officials nationwide to "take warning from these types of incidents."

Read more: Why is China internationalizing its education system?

RYB Education apologized for the "serious anxiety this matter has brought to parents and society," saying the kindergarten's principal had asserted that the center was the victim of a frame-up by an "individual."

It provides 1,300 daycare centers — some under franchise — and nearly 500 kindergartens in 300 Chinese cities, according to its website.

- 'We need to change that girls are seen as objects' to stop sexual violence, says UNICEF

- Child sex abuse: "We have not yet left the taboo zone" 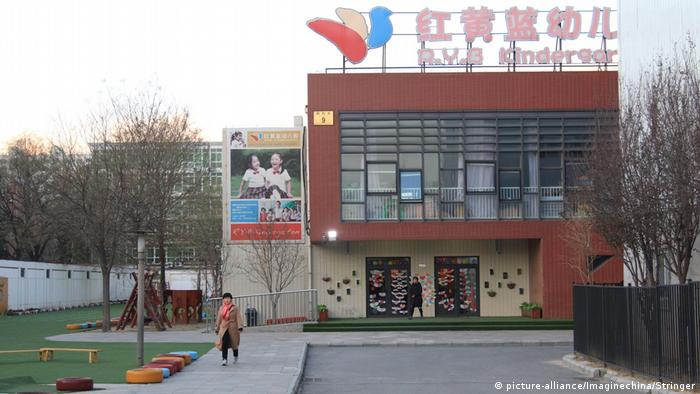 Parents converged Thursday and Friday outside the Beijing kindergarten (pictured above), demanding answers.

Some said their children, as young as three, had spoken of a naked male adult conducting purported "medical check-ups" on them while they were also unclothed.

"We need clarification,” said a father who gave only his surname, Wang. A mother also present described the allegations as "unforgivable."

One father said he had canceled his son's enrolment and demanded a refund.

A Beijing mother whose children do not attend RYB schools, Zhang Yang, said the allegations were alarming because they were being made against a well-known private institution.

Independent verification was not available on the molestation claims against RYB, which was listed on the New York Stock Exchange in September.

Earlier this year, RYB said it had found "serious mistakes” at another of its Beijing locations and asked its principal to step down.

In 2015, a court in Jilin province found two teachers guilty of physically abusing children at a kindergarten in the city of Siping.