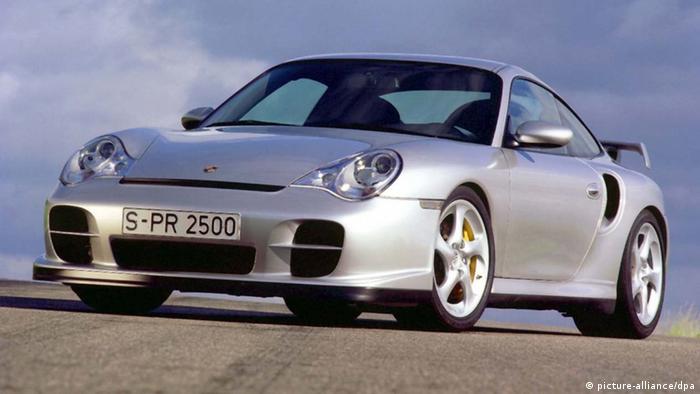 Porsche sales in China soared 79 percent to 7,099 cars in the first three months of 2012, leaving the sports car manufacturer's deliveries to the US trailing at 6,671 vehicles, the company based in Stuttgart said Thursday.

In its home market Germany, sales were also rising markedly with an increase of 32.6 percent to a total of 3,873 cars, Porsche said.

The rise in sales figures also lifted Porsche to new quarterly records regarding revenues - up 32 percent to 3.02 billion euros ($3.97 billion) - as well as earnings before interest and tax (ebit), which jumped 18 percent to 528 million euros compared with the same quarter a year ago.

Porsche traditionally releases net profit figures only at the end of a fiscal year, but said that growth was "hampered" in the first quarter by heavy investments in a new factory in Leipzig as well as in its development site in Weissach, both situated in Germany.

"We have been able to finance these huge investments entirely from our cash flow," Porsche Chief Financial Officer Lutz Meschke said in a statement, complementing remarks by CEO Matthias Müller, who said that Porsche now boasted the "youngest and most efficient" model range ever.

Banking on its latest 911 model introduced in December, Porsche expects a further boost in sales figures from China as the low-slung sports car is due to arrive in the showrooms there.

According to car market analysts JD Power & Associates, luxury car sales in China are buoyant, having surged 21 percent in the first quarter year-on, while the overall car market grew only 2 percent.

"People are getting wealthier, and there is more of a tendency to buy luxury in China," Jacob George, managing director of JD Power Asia Pacific told AP news agency, as he predicts annual luxury car sales to rise from 1 million last year to as much as 3 million by 2025.