Gabriel Boric, who rose to prominence during anti-government protests, has defeated the right-wing populist Jose Antonio Kast. Tens of thousands of Boric supporters have celebrated his win on the streets of Santiago.

"I just spoke with Gabriel Boric and congratulated him on his great success," Kast tweeted. "From today he is the elected President of Chile and deserves all our respect and constructive collaboration. Chile is always first."

"We are united," Boric tweeted shortly after his election victory was confirmed. "We are hope. We are more when we are together. We continue!"

"I am going to be a president of all Chileans, whether you voted for me or not," Boric, who will take office in March, said in a call with outgoing President Sebastian Pinera on Sunday night. "I am going to do my best to get on top of this tremendous challenge."

Boric had garnered 56% of the votes with almost 99% of polling stations reporting, with Kast at 44%. 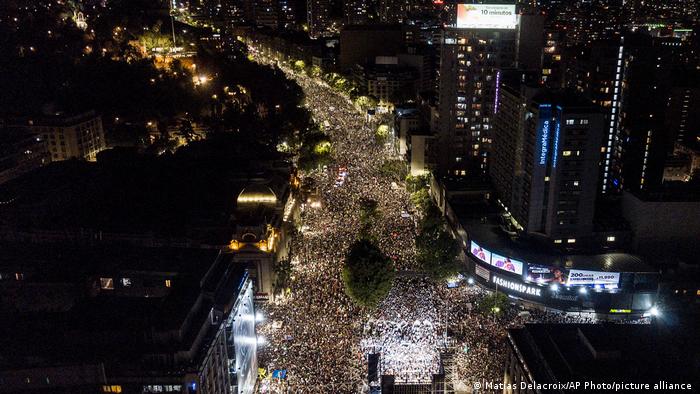 Who were the two candidates?

Voters were choosing between Boric, 35, a millennial former student protest leader who has vowed to raise taxes on the "super rich" and Kast, 55, a devout Catholic and father of nine who has repeatedly defended the country's former dictator Augusto Pinochet.

Kast's brother, Miguel, was one of Pinochet's top advisers. His candidacy was haunted by revelations that his German father was a member of the Nazis.

Why was there a runoff?

In the first round, both Boric and Kast drew less than 30% of the vote with Kast ahead of Boric by 2%, forcing the runoff. Boric, however, held the capital Santiago with a comfortable lead.

Both candidates are outside the centrist middle, which has ruled Chile since the country returned to democracy in 1990 after the years of military rule under Pinochet. 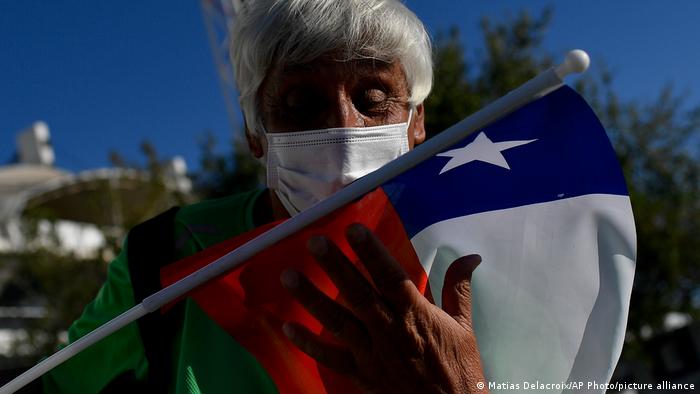 How did Chileans feel before the vote?

The last opinion polls taken before the vote showed Boric ahead with his lead widening, though most polls showed a tight race.

Lucrecia Cornejo, a 72-year-old seamstress, told Reuters news agency as she stood in line to cast her ballot for Boric: "I want real change." She hoped Boric could do something about inequities in education, pensions and health care.

"I like his proposals on economic issues, although I don't agree with all his political ideals," she said.

Chile has a population of 19 million and is the world's largest producer of copper.

With his election victory confirmed, Boric said on Sunday he will oppose mining initiatives that
"destroy" the natural environment, including the controversial Dominga iron, copper and gold mining project which is worth $2.5 billion (€2.2 billion).