The share of children among trafficked people is increasing, with minors making up almost a third of all detected victims - and a new UN report has warned nowhere is immune. Two out of every three victims are girls. 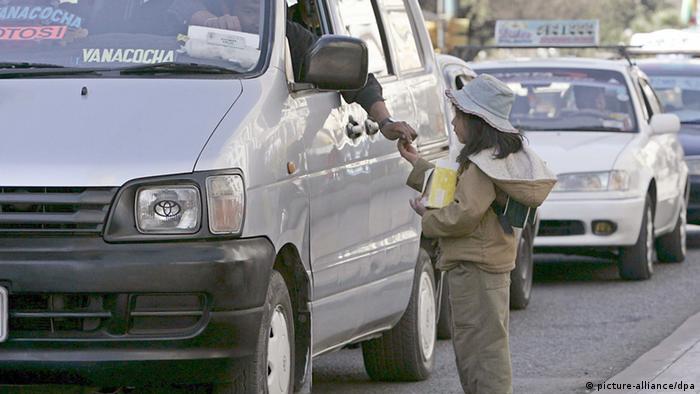 The report of the UN Office on Drugs and Crime (UNODC), released Monday, showed 33-percent of detected victims of human trafficking are children.

Girls account for two out of every three child trafficking victims, and worldwide girls and women make up 70 percent of overall trafficking victims worldwide. While the trafficking in children was most prevalent in Africa and the Middle East, adults (mostly women) outnumbered child victims in Europe and Central Asia.

"Unfortunately, the report shows that there is no place in the world where children, women and men are safe from human trafficking," the UNODC's Executive Director Yury Fedotov said.

The report noted at least 152 countries of origin and 124 countries of destination for trafficking victims, adding that although most victims had been trafficked across international borders, many cases involved movement over a small geographical area, often between neighboring counties.

Most trafficking victims are subjected to sexual exploitation, but the report's authors noted an increase in other forms of exploitation such as forced labor or using children as soldiers, for petty crime or to beg.

The regional differences were also highlighted, with forced labor being the major form of trafficking in South Asia, East Asia and the Pacific, but sexual exploitation was still the main form found in Europe and Central Asia as well as Africa and the Middle East. It was fairly evenly split in the Americas.

The report also outlined the role of women in trafficking, both as victims and perpetrators. On average across all crimes, about 10-15 percent of convicted offenders are women. However, when it comes to convicted traffickers, that figure is 28 percent.

While more than 90-percent of countries have banned human trafficking, according to the UN, impunity for traffickers prevails, with some 40-percent of the countries surveyed reporting fewer than 10 convictions for offenders per year.

The global body has warned that the problem may be much more widespread than reported.

"Official data reported to UNDOC by national authorities represent only what has been detected. It is very clear that the scale of modern-day slavery is far worse," Fedotov said.

The second annual Global Slavery Index (GSI) has shown that 35.8 million people are subject to modern day slavery - some 20 percent more worldwide than initially thought. The highest total of slaves was in India. (17.11.2014)