The fate of housekeepers in India has mostly played out behind closed doors. Human rights groups, however, have now turned their attention to the abuse these modern-day slaves endure. 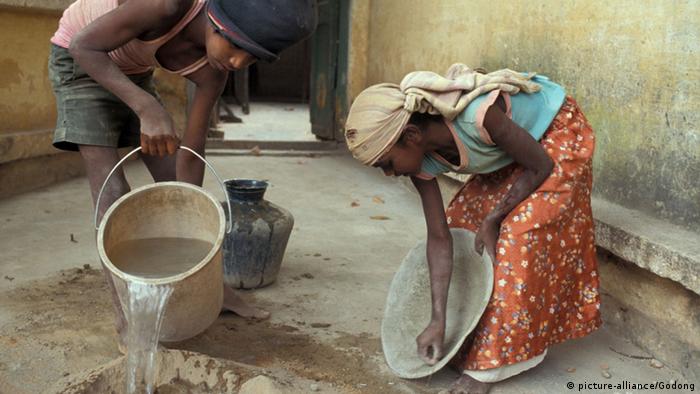 It was a particularly repugnant case that grabbed headlines last April. A 13-year-old girl from Jharkand - one of India's poorest regions - was rescued from the balcony of a house in New Delhi. The young girl had been locked up for six days in the house in one of the finest neighborhoods of the Indian capital before, in despair, climbing onto the balcony and crying for help.

The girl had been working as a maid for a couple which had flown to Thailand for vacation. The young teenager's emaciated body was covered with bruises and she had not had anything to eat for days.

Dark side of society

Ravi Kant, chairman of the children's aid fund, Shaki Vahini in New Delhi, says India's economic boom since the 1990s has exacerbated the problem. "What we are seeing in India is that the middle class is doing better and better. They now have a lot of money, and therefore, they think they can buy whatever they want. That also means for them that they can treat personnel anyway they please," says Kant. 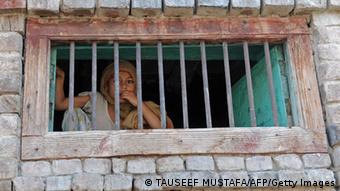 Kant also stressed that, as more and more women work in India's major cities, like Delhi, Mumbai, Chennai or Kolkata, the demand for cheap household labor is growing, too. "The instant women and girls become chattels to be bought and sold, anything is possible and they can be kept as slaves and forced to marry or even end up as prostitutes," notes Kant.

There are no reliable figures available on how many women and girls have been forced into slave-like housekeeping situations. The Indian government says that in 2011 some 125,000 children had been rescued from forced labor - 27 percent more than in 2010. The numbers would be many times higher, argue human rights organizations, if young women over the age of 18 were included in the figures.

Indiaexpert Nisha Varia, from Human Rights Watch in New York, has been monitoring human trafficking for many years. "Women and girls in Indian society have always had fewer opportunities when it comes to education," she says. As a result, they have fewer chances to find qualified work and improve their situation, she adds. "Their low status in society usually leads them to having to work in extremely poorly paid jobs, for example, as housekeepers, where they have not protection at all," Varia said. 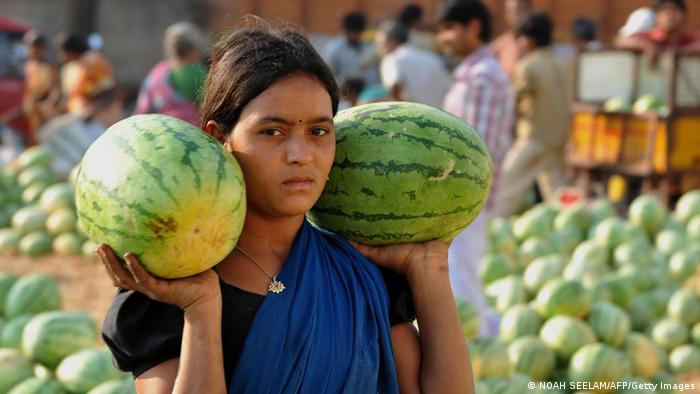 Humans as chattels: Many young girls are exploited as household help

For many years, the situation was such that poor and uneducated Indian girls were kidnapped and taken to the Middle East and Arab countries to work as maids. Now, shady agencies bring young girls to India's big cities, where they work as housekeepers, but also in factories or road construction.

The human rights group, ActionAid, estimates that there are 2,300 procurement agencies operating in the Indian capital alone. Not even 20 percent of them are registered with the authorities and adhere to the laws regulating minimum wages, working hours or type of work. "Sometimes it is even a distant relative, a neighbor or some other member of the community that entice the young women with false promises of a good job," says activist Nisha Varia.

The procurement agencies, in turn, often withhold wages for months for their hefty commissions, reaping exorbitant profits from the families that hire the girls. The girls are systematically badgered and intimidated. In many cases they don't dare return to their village due to the social stigma they would suffer. 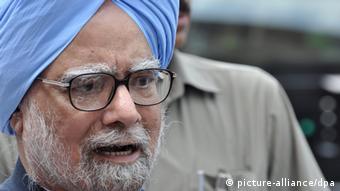 In 2011, the Indian government began setting up special units in police stations across the country to deal specifically with human trafficking. There are now 225 such departments and in 2013 another 110 will be added. The units are tasked with collecting and collating information in a data bank and registering criminal offenders.

In addition, they pursue leads on missing children and women and work closely with human rights groups across India. So far, there are no nationwide laws, although individual states have already passed legislation at the regional level. "The Indian justice system has finally tackled this problem," says Ravi Kant from the Shakti Vahini children's aid group, which helps victims to sue for damages and bring offenders to court. "The dimension of the problem we are dealing with today is a result of having done nothing for years. It was never a priority," he adds.