Chen appeals to US lawmakers from hospital

Chinese activist Chen Guangcheng has repeated his appeals to the United States to help him leave China and get to America, this time calling the US Congress from his hospital bed. 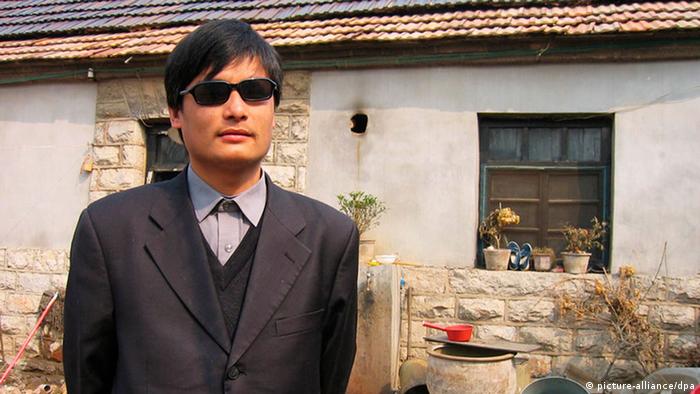 Chinese dissident Chen Guangcheng appealed directly to the United States Congress on Thursday in a live cell phone call, saying he hoped to meet with Secretary of State Hillary Clinton during her tense visit to China.

In the surprise call from his hospital bed in Beijing, Chen said he feared for his safety and that of his family. Chen had escaped from house arrest to the US Embassy, but left for a hospital under circumstances he has since described as coercive.

Chen, who is blind, also repeated statements made in several interviews since entering the hospital that he wants to go to the United States "for some time of rest," which he says he has not had in 10 years. He added that Chinese authorities have installed several video cameras and an electric fence around his house, and that friends in his home village are facing retribution for helping him escape.

"I want to meet with Secretary Clinton," Chen said in Chinese, his voice from a cell phone amplified through a microphone and translated by a human rights activist testifying at a Congressional hearing on Chen's fate. "I hope I can get more help from her. I also want to thank her face to face."

Chen campaigned for years for the Chinese government to end its harsh practices of forced abortion and sterilization to enforce its one-child policy.