Chemical leasing turns incentives in the chemical industry upside down. Manufacturers make their money by selling as little of their environmentally harmful chemicals as possible. 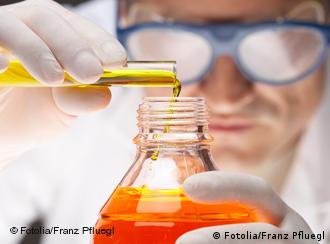 An hour's drive south of Belgrade, the Knjaz Milos factory bottles beverages, but not the way it used to.

For one thing, the Serbian company is using a new, dry lubricant on its conveyor belts that doesn't have to be changed as frequently, saving the company money and the environment an added burden.

But that's not the main difference. The real change is how Knjaz Milos came by the lubricant. Instead of buying it outright, the factory pays its producer, Ecolab, for the amount of time the conveyor belt runs smoothly every day. 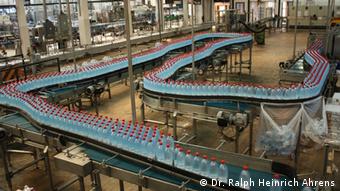 That means Ecolab's profit is directly linked to how little of the lubricant is used and it motivates the chemical supplier to train Knjaz Milos employees to use it sparingly.

Knjaz Milos and Ecolab, an American company that provides cleaning services to industrial clients, are trialing a model called chemical leasing. It aspires to turn the traditional chemical industry on its head.

Instead of companies selling as much of their product as they can to their customers, they make money by delivering the services that their chemicals provide.

It is being touted as a business model for the chemical industry that's good for both the bottom line and the environment.

Working toward a common goal has also strengthened the trust between the two companies. Ecolab used to be only one of many lubricant vendors to supply the bottling company.

A change in thinking

The first chemical leasing projects were initiated by the United Nations Industrial Development Organization (UNIDO) in 2005. Today, UNIDO is seeing success with its projects around the world.

Since 2008, the American company Nalco, now a subsidiary of Ecolab, has had a chemical leasing arrangement with the energy company Ecopetrol in Colombia to extract leftover oil from wastewater. 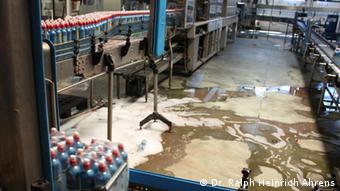 The old lubricant needed to be washed down, the new one doesn't

Instead of paying for the chemicals used, Ecopetrol pays for the amount of salvaged wastewater.

Here the environment and the bottom line are also benefitting: Nalco uses fewer chemicals to clean the wastewater and delivers the service cheaper than Ecopetrol was able to do itself.

Less wastewater is produced and cleaning costs have been cut by nearly 20 percent, leading to savings of about 2.4 million euros.

"You try convincing a chemical supplier or sales director that profit doesn't depend on more volume, but less," she says.

For decades, oil was the engine of development in the Arab world. But the oil era is drawing to a close and Arab societies are poorly prepared for this change, according to the Arab Forum for Environment and Development. (20.11.2011)

A by-product of sugar beet production could prove a boon to the environment while reducing the world's dependence on oil-based plastics. A small Italian company represents one of the newest advances in bio-plastics. (05.10.2011)