The Belgium striker will have big boots to fill at Dortmund. But the deal is a loan, which takes some of the pressure off as the former Marseille man tries to adjust to the Bundesliga. 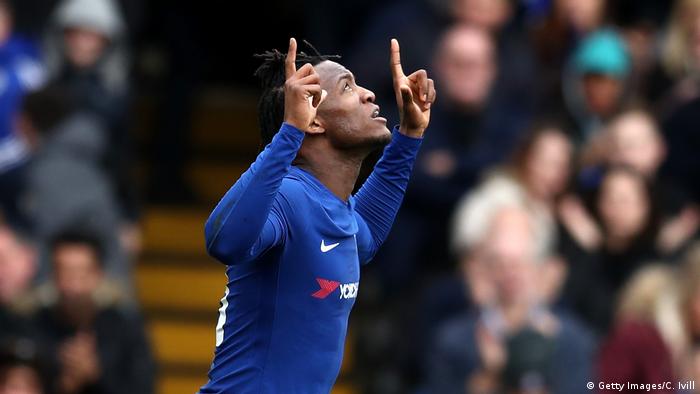 Michy Batshuayi is Borussia Dortmund's new main striker having signed on loan from Premier League champions Chelsea for the rest of the season.

He replaces Pierre-Emerick Aubameyang, with his move to Arsenal completed earlier on transfer deadline day.

Batshuayi, 24, scored the goal which handed Chelsea the Premier League title last season but he has mainly been used as a substitute in his two years at Stamford Bridge and was keen to move. Chelsea, meanwhile, replaced him with Olivier Giroud.

"In order to achieve my big objective, I want to play as much as possible and score many goals. The World Cup is taking place in the summer," Dortmund quoted Batshuayi as saying in a press release.

The Belgium forward, who has 11 caps, is good in the air and crucially has pace in behind, something previous Dortmund target Giroud lacks. Batshuayi is not a like-for-like replacement for Aubameyang but is as close as Dortmund were likely to find.

"Michy is a very young, very interesting striker who boasts a good goalscoring record and has shown extraordinary quality at Chelsea and Marseille, in the Belgian league and while playing for the national team," Dortmund's Sporting Director Michael Zorc said.

The worry for Dortmund fans is that his lack of match action at Chelsea means he may not find his best form in the Bundesliga immediately.

He was reasonably prolific at Marseille with 17 Ligue 1 goals in the 2015/16 season before joining Chelsea for €40 million.

There is no doubt faltering Dortmund need a target man. When Aubameyang has not played of late, Peter Stöger's side have look badly exposed upfront with the likes of Andriy Yarmolenko, Andre Schürrle and Christian Pulisic more suited to wide roles.

With Chelsea in the Champions League, Batshuayi is not cup-tied for BVB's Europa League campaign.