Maria Ressa, a journalist in the Philippines and Executive Editor of Rappler.com, has come under fire from the Duterete government for critical reporting. She is one of Deutsche Welle's champions of free speech. 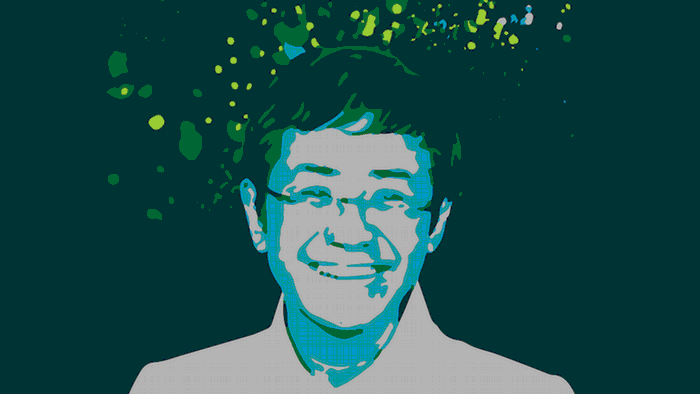 "We are neither anti-government nor anti-Duterte; we are just journalists that are holding the authorities accountable." (Maria Ressa)

Maria Ressa is the CEO and executive editor of Rappler, an online and social media news network based in Manila. Launched in 2012, the news site is one of the most popular in the country. It made a name for itself for its in-depth and investigative journalism but was in the headlines as one of the only media organizations in the Philippines critical of President Rodrigo Duterte and his policies, including his deadly war against drugs. This has led to persistent harassment from Duterte supporters, especially on social media. Ressa says the government "has weaponized not only social media but also the country’s laws and is using it against media organizations."

The government is also making moves to shut down Ressa and Rappler by charging them with multiple counts of tax evasion. Ressa says that the case is being used to intimidate her and her colleagues to stop their critical reporting.

"Every journalist has to hold the line because we will only get weaker with time. We're fighting the vast powers of government — and I’m not against President Duterte. I’m just doing my job and I ask the government to do its job and stop abusing its power," she said in a 2018 interview.

Currently out on bail while awaiting trial, Ressa's "hold the line" comment has since been adopted as a hashtag used in support of press freedom and journalists worldwide. Despite political harassment and intimidation, Rappler continues to operate. In 2019, Amal Clooney of the international law firm Doughty Street Chambers in London announced they would join Ressa's legal team to counsel her on future trials. "Maria Ressa is a courageous journalist who is being persecuted for reporting the news and standing up to human rights abuses," Clooney said in a statement issued issued Monday, July 8, 2019.

Ressa was named a TIME magazine Person of the Year 2018and was awarded the 2018 Gwen Ifill Press Freedom Award from the Committee to Protect Journalists. She has been a journalist in South Asia for more than 25 years and was previously the CNN bureau chief in Manila and in Jakarta. She received a Bachelor's Degree in English from Princeton University.