Chad has closed its 2,000-km border with Libya and pledged to deploy troops to the area. The move is designed to prevent militant fighters fleeing conflict in its northern neighbor from crossing the border. 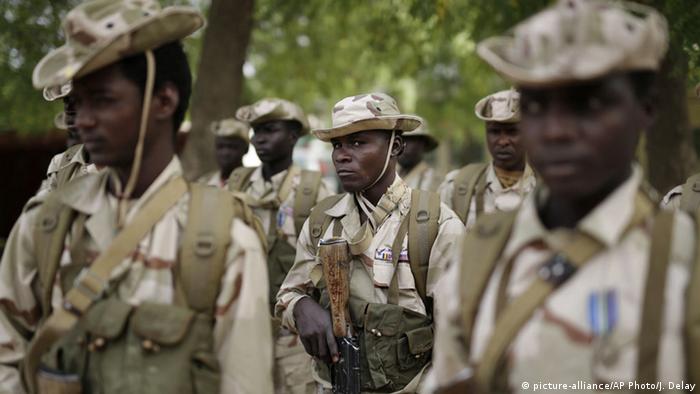 "Some isolated ... groups have converged towards the south of Libya, that is to say on the northern border of our country, which is potentially exposed to a serious threat of ... infiltration," Chad's Prime Minister Albert Pahimi Padacke said in a statement on Thursday.

He went on to declare the border region a "zone of military operation."

Since the 2011 uprising that overthrew Muammar Gaddafi, Libya has been in a state of lawlessness.

The self-proclaimed Islamic State (IS) has been ousted from its former stronghold of Sirte, but the UN-backed government has failed to retain control.

'IS' defeated in last Libyan stronghold

Chad's army is one of the region's strongest and now plays a key role in efforts to combat Boko Haram - an IS affiliate group - which has spread its insurgency from northern Nigeria to the border regions of neighboring Chad, Niger and Cameroon.

But the vast desert borders of western and northern Africa are difficult to police and militants can often roam between countries free and undetected.

Chad is a key ally of the West in the fight against Islamist militants in West Africa. President Idriss Deby Itno is supported by France and the United States, who need the cooperation of the Chadian military in the region.

Chad's President Idriss Deby was sworn in for a fifth term on Monday in the presence of more than a dozen African heads of state. Tensions were high one day after a young protestor was shot dead. (08.08.2016)

Though one of Chad's largest rebel groups refused to sign a pledge to disarm and participate in a reconciliation dialogue, Foreign Minister Cherif Mahamat Zene told DW that the door remained open.