With the Consumer Electronics Show in Las Vegas around the corner, market researcher Steve Koenig elaborates on space tech, telemedicine, connected fitness and the metaverse at the world's largest tech trade show. 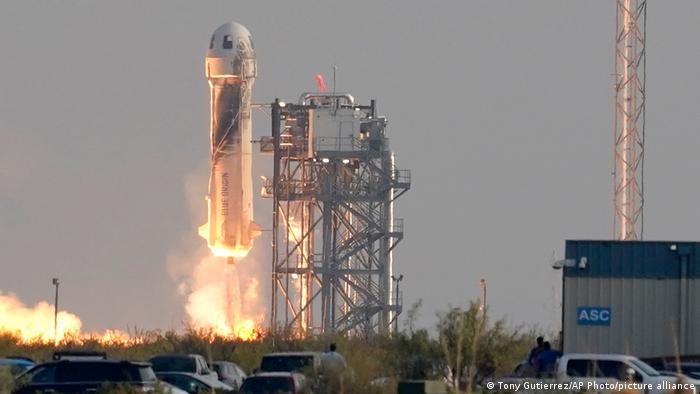 Where were you when Star Trek's William Shatner became the oldest person in space last year? Even if you don't remember he blasted off, it's safe to say that 2021 was a stand-out year for space tourism as a succession of billionaire-backed efforts shot civilians into the skies. The hopes for 2022 are accordingly high.

"Space is no longer just the domain of governments," Consumer Technology Association (CTA) Vice President of Research Steve Koenig told DW. Indeed, 2022 promises to be the first year in which more people go to space as paying passengers than as government employees: All three major private space firms — Virgin Galactic, Blue Origin and SpaceX — hope to fly more tourists to space this year. SpaceX has even done a deal to send tourists to the International Space Station.

However, extravagant experiences like a day-trip to experience zero gravity or even a holiday in orbit are still a very distant opportunity for most earthlings.

Among the space tech exhibitors at CES 2022 is Colorado-based Sierra Space, which wants to build a space station together with Blue Origin in this decade to replace the ISS as a commercial destination.

While commercial-use cases like this one will remain in low Earth orbit for the time being, novel opportunities, such as geostationary satellites providing global internet coverage or manufacturing in zero gravity, are on the horizon. 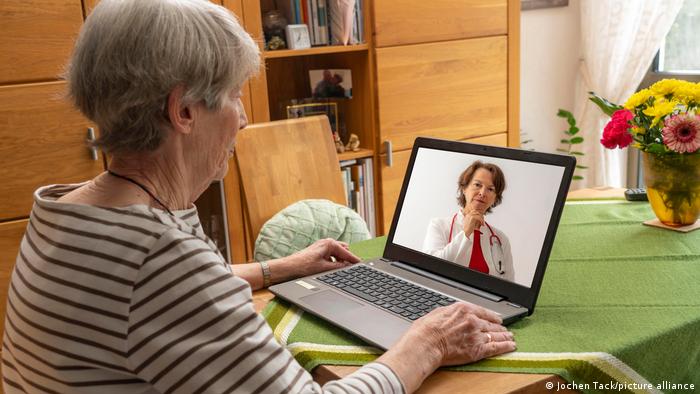 According to a Deloitte study, 14% of all adults in the US had a smartwatch in 2018, a number that has likely grown significantly due to the pandemic. Technology research company Gartner, meanwhile, predicts sales of smartwatches to reach $31 billion (€27.5 billion) this year, up from an estimated $19 billion in 2018.

Having sensors record and transmit relevant data continuously for a whole week instead of, say, twice a day can give physicians and psychiatrists a much better read on their patients' bodily health and mental well-being. A different approach are handheld devices like that of CES exhibitor MedWand, which allows patients to measure their heart rate, oxygen level and more on their own, therefore enabling their doctors to examine them live from afar.

However, there are concerns around accessibility and data security – after all, medical data gathering is big business. Yet Koenig shares most experts' belief that wearable tech and telemedicine can complement virtual and in-person care, even if it won't replace in-person care or automate health care.

Telemedicine: When a doctor is just a click away

When was the last time you went to a gym? VR workouts, Peloton bikes and fitness mirrors have become more popular during and due to the pandemic. They belong to a consumer tech category dubbed connected fitness.

According to Koenig, the term usually means a subscription service is part of the whole package. "The real benefit is working out with others from your home, so you can see how your performance is relative to others," he said.

This year, an improved model of Meta's Oculus Quest 2 virtual reality headset and new fitness features are coming. And Supernatural, a highly regarded VR workout app available only in North America so far, may be released in Europe.

Metaverse: Linking the physical and the digital

Today's notion of the metaverse combines social media, online gaming, augmented reality and entertainment to create immersive experiences, like dancing with others at an online concert.

But according to market researcher Koenig, avatars interacting with each other in a three-dimensional universe are just the tip of the iceberg. "A lot of the building blocks of this digitalized world and other use cases like virtual meetings are already here," Koenig insisted.

Examples include 5G, which will provide the required "robust connectivity," Koenig said, cloud computing, AR/VR hardware and haptic clothing, games such as Roblox and Fortnite as well as a plethora of needed input devices like cameras and sensors. An emerging filming technology known as volumetric video, which combines the artistry of cinema with the interactivity of video games, will likely also come into play.

The question, according to Koenig, then becomes how companies will "assemble these existing building blocks into a cohesive business model and commercial opportunity." While he thinks it's too early to tell what this 'meta-economy' will look like, he expects technology such as blockchain, nonfungible tokens (NFTs), cryptocurrencies and decentralized finance (DeFi) to play a major role in the metaverse.

Koenig is optimistic the metaverse can mitigate some of the problems that have been plaguing the internet like hate speech and online harassment, provided "we apply the lessons and best practices we've learnt online, from cybersecurity to online etiquette."

"Just as the internet over the past 25 years has increasingly underscored and permeated our daily lives, meta-experiences will probably define our 21st-century lifestyle."

Fitness trackers — are they any good?

After going fully virtual last year, the 2022 edition of the Consumer Electronics Show (CES) will be held as a hybrid event. From January 5-7, more than 2,200 exhibitors from more than 160 countries are expected to showcase the latest consumer technology gadgets and innovations in Las Vegas.