Conflicts in South Sudan, the Central African Republic and the Democratic Republic of Congo are threatening - to varying degrees - to engulf the region. Rebels fighting in one country use another as a safe haven. 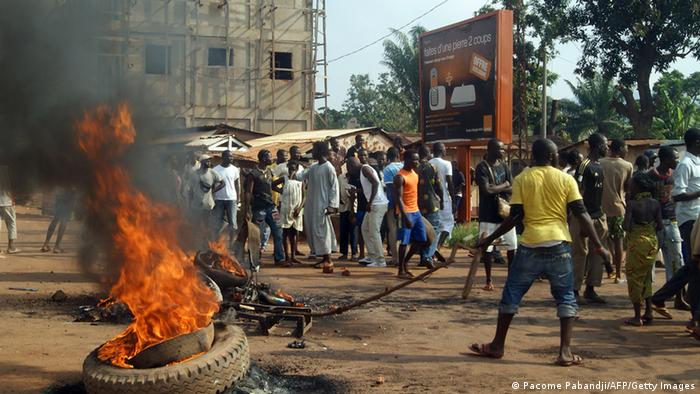 There is a relentless stream of bad news coming out of Central Africa. After months of violence between the Muslim Seleka rebels and the Christian anti-balaka militia in the Central Africa Republic (CAR), controversial interim president Michel Djotodia has now stepped down. A new provisional leader Alexandre-Ferdinand Nguendet has promised an end to the anarchy, but the unrest persists and people are still being killed.

Equally disturbing news can be heard from the troubled Democratic Republic of Congo (DRC) which borders on the strife-ridden CAR. "Local inhabitants tell us that Seleka rebels are to be found in the DRC's Orientale province close to the CAR," said Abdallah Wafy, deputy special commissioner for MONUSCO, the UN mission in the DRC. "Large numbers of people have therefore fled that region for the south of the DRC," he added.

Meanwhile remnants of the army of ex-CAR President Francois Bozize, who was ousted by Djotodia in March 2013, have congregated in the DRC's Equateur province, which also borders on the CAR. 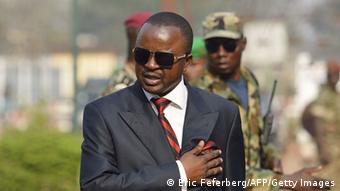 The instability in the DRC increases the risk of an escalation of the conflict in the CAR. "The rebels can move their forces there temporarily so they can recuperate and re-equip with fresh arms and ammunition. They can regroup and return to the battleground with increased vigor," said Nadine Ansorg, expert on the DRC at the German Institute of Global and Area Studies (GIGA) in Hamburg.

The surface area of the DRC is as big as that of Western Europe and large swathes of territory are not the control of the government or its troops. The infrastructure is poor and many roads are impassable during the rainy season. The country is covered by vast tracts of forest. Numerous rebel groups have exerted their authority here for decades. They come not only from the DRC, but from neighboring states such as Rwanda, Burundi, Uganda and also from the Central Africa Republic. 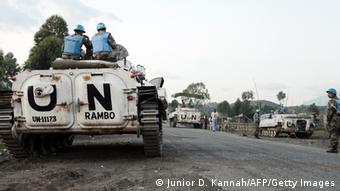 MONUSCO forces in Goma, the largest city in eastern Congo

In South Sudan, the situation is easier to assess, it is less opaque. As yet the conflict there has not spread to neighboring states. There is sufficient territory within the country itself to which the rebels can temporarily retreat if necessary. South Sudan's borders to the DRC and the Central African Republic are also under the government's control. It is largely civilians fleeing the violence who make their way into the states that border on the conflict zone – Sudan, Ethiopia and Kenya.

The conflict in South Sudan does nonetheless have the potential to ignite hostilities elsewhere. Uganda has already sent troops into South Sudan. Formally, Uganda is supposed to be a mediator in the conflict, but unlike the heads of other states that have taken on a mediating role President Museveni made it plain very early on which side he supported, namely that of President Salva Kiir. "The Ugandan army is poised not only to act as a guardian of the peace in the capital Juba, but also to actively intervene in the conflict," said Florian Dähne, who works for Germany's Friedrich Ebert Foundation in Sudan. "Uganda's role as a mediator in this conflict need not necessarily be beneficial," he added.

When conflicts spread across borders, diplomacy should have priority. Ansorg says local conflict management doesn't always suffice. Players and mediators from the whole region need to sit down and talk. The summit in Chad organized by Economic Community of Central African States (ECCAS) on January 9/10 to address the crisis in the CAR was a good example. "Cooperation between African states that are being hit by violence needs to be intensified," said Ansorg. "I hope that things are starting to move in this direction in the wake of recent developments and that the African Union (AU) and the United Nations (UN) now acknowledge that they cannot afford to perceive various conflicts solely in isolation," said added.

With armed rebels from the CAR retreating to the DRC, a slight shift in attitudes is becoming visible. "There is still no cooperation between MONUSCO and the AU's mission in the CAR," said Wafy, "but we are exchanging information with our colleagues from the UN in CAR's capital Bangui, so that we both know what is happening on both sides of the border."

Ansorg is convinced that both MONUSCO and MISCA, the AU's peace mission in the CAR, have a key role to play in stopping a conflagration in Central Africa and in guaranteeing lasting peace. Yet they lack both the troops and resources to rise to this challenge. It is not just a matter of insufficient funds. "Some of the troops are very poorly trained and do not have proper equipment," she said.

Ansorg is pessimistic about the prospects for sustained peace in Central Africa. "I do not believe that the violence in the region – or at local level – will cease within the next few years, or even decades. In the DRC, with its dense forests, there will always be a place where the rebels can hide and regroup," she said.