There's an Argentine proverb that says, "Everything changes except the tango." That was true — until Astor Piazzolla revolutionized the genre. 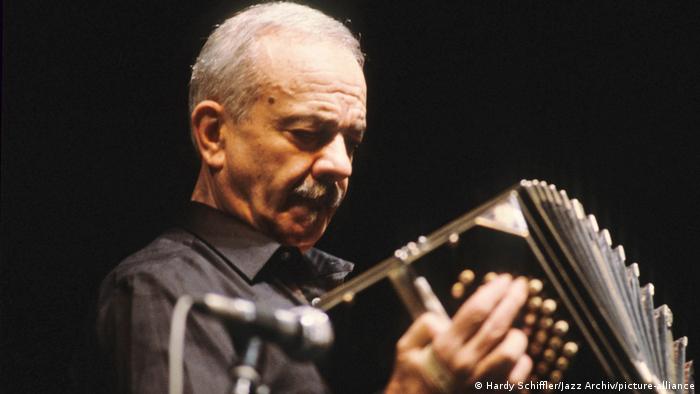 As a composer and bandoneon player, tango revolutionary Astor Piazzolla was a master

Rarely is the name of a composer and musician so closely associated with a musical style as that of Astor Piazzolla with the tango. At first, as an artist who felt passionate about jazz, he had little love for this music. But things changed dramatically.

Astor Pantaleon Piazzolla came into this world 100 years ago, on March 11, 1921 in the seaside resort of Mar del Plata, Argentina, as the child of Italian immigrants. The South American country did not provide the much hoped-for prosperity to the small family, so when Astor was just four years old, his parents and he packed up and moved to New York in search of a better life. His father Vincente opened up a hairdressing salon there, but his son became more enthusiastic about music than he did about hair. Astor learned to play the piano at an early age, quickly developing a fondness for jazz and pieces by Johann Sebastian Bach.

Yet the tango was always present because Vincente, who felt homesick, loved the melancholy sound more than anything else. "My father listened to tango all the time and thought wistfully about Buenos Aires, about his family and his friends — it was always just tango, tango, tango," Piazzolla later recalled about his childhood years. Vincente gifted with his son a bandoneon, and since Astor loved his father very much, the eight-year-old not only diligently practiced piano, but also this instrument. 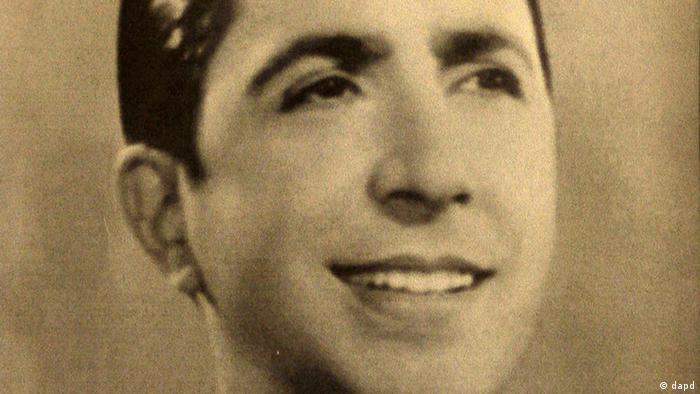 But the passion for tango did not spark in young Astor, not even when he met the singer Carlos Gardel, the tango god of the 1930s, when in 1935 Astor played the role of a paperboy in the film El día que me quieras (The Day That You Love Me), in which Gardel starred and which was shot in the US.

Tango: A bit of the wicked

In 1937, the Piazzolla family returned to Buenos Aires. That is when jazz fan Astor experienced a turning point when it came to the tango. Attending a performance by the Elvino Vardaro ensemble, Astor heard and saw that the music he had not loved up until then could be interpreted on stage in a completely new way. The spark ignited in the young man, and he joined the popular tango orchestra led by Aníbal Troilo. But it would take years before Astor developed his own unique tango sound.

At that time, Piazzolla had completely different goals. He wanted to become a classical composer and took lessons with Alberto Ginastera, one of the most renowned composers of his time. Piazzolla wrote symphonies, orchestral and chamber music, and yes, some tangos as well. But they were not meant for the public since in his homeland they still had a bit of a bad reputation. This clearly had to do with the birthplace of the tango: the old port district of La Boca in Buenos Aires. 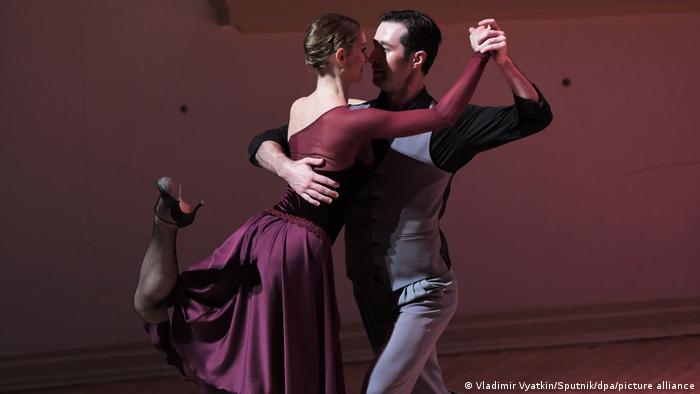 Now a long-time standard on dance floors around the world: the formerly disreputable tango

At the end of the 19th century, the neighborhood was a catch basin for hordes of immigrants seeking their fortune in the city on the Rio der la Plata. All too often cheated of their dreams of wealth, many escaped into a life of crime, indulged in drunkenness, gambling and prostitution — and the tango reflected this world.

"Corazón, amor y sangre": heart, love and blood, that was the triad of the immigrant soul looking for a foothold in the strange new world. In its early days, the Argentine elite was ashamed of the "oh so obscene" tango from the gutters of the city. It took a long time for it to become socially acceptable. Longer in Argentina than elsewhere.

Nadia Boulanger and the real Piazzolla

Piazzolla, too, initially hid his musical excursions into the world of tango when he received a scholarship in Paris in 1954 and was permitted to audition with the world-famous French music teacher Nadia Boulanger. At the audition, he wanted to shine with classical works, but she found his efforts at the piano stiff and wooden. She heard Stravinsky, Bartók and other composer in his playing, she said, but was unimpressed.

It's not until he let one his tangos hit the keys that the historic words were spoken: "That is the real Piazzolla — never leave him again."

Boulanger taught him to believe in himself, Piazzolla later recounted: "I thought I was scum for playing tango in cabarets, but she made me realize I had style." 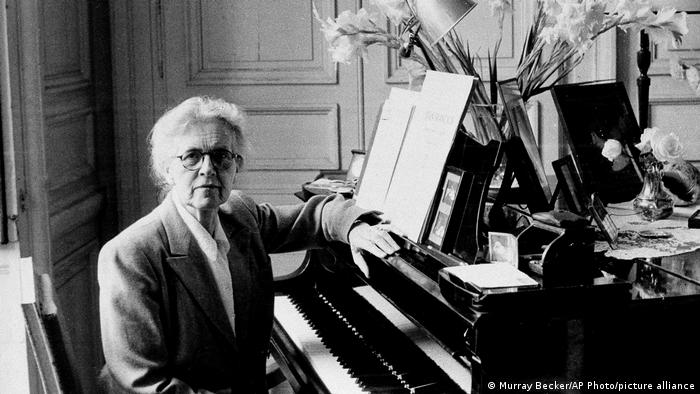 From that moment on, Piazzolla throw all inferiority complexes regarding tango music overboard. Back home, he founded his "Octeto Buenos Aires" in 1955, including a groundbreaking electric guitar on the instrumentation list — something that had never been heard before in tango.

Piazzolla worked obsessively, aiming to redefine the tango and present it in a contemporary way. His tango was not for dancing, but for listening, he proclaimed. The experimental musician garnished the tango with jazz and folklore elements and tried out 12-tone music. His love of classical music also shines through time and again.

Yet tango purists were appalled. "There are new presidents coming, new bishops, new soccer players, everything is in flux, but the tango? No! These people want it antiquated, boring and always the same," the reviled composer railed. The hostility toward his Tango Nuevo escalated to such an extent that at times Piazzolla and his family hardly dared to walk the streets of Buenos Aires. At concerts, audience would scream for the "real tango."

But the maestro was not intimidated. Since commercial success did not come about, however, Piazzolla left for the homeland of his forefathers in 1974: Italy. He would not return to Argentina for more than 10 years. He was obsessed with Tango Nuevo, making music, composing and collaborating with jazz and classical musicians alike. 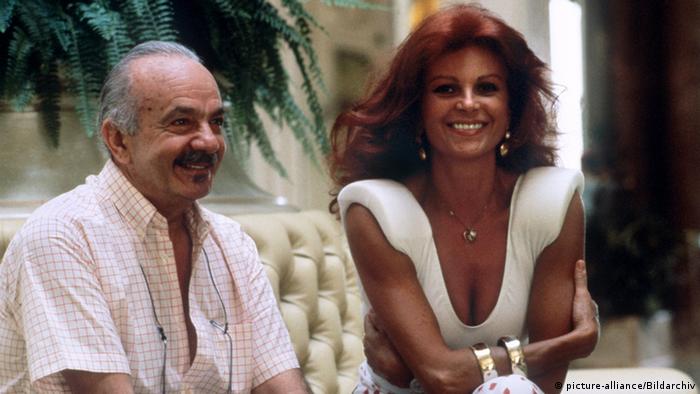 Many of his pieces are now part of the standard repertoire of large orchestras. Piazzolla put the heartbreaking Adios Nonino — a farewell song — down on paper in just 30 minutes in 1959, when he learned of his father's death during a tour.

In 1974, he wrote Libertango, a piece that would catapult Grace Jones into the pop charts eight years later under the title I've Seen That Face Before. La muerte del angel, Tristezas de un doble A and Oblivion are other Tango Nuevo masterpieces.

Late recognition in his homeland

The composer was tireless in his creative pursuits until he suffered a cerebral hemorrhage in Paris in 1990. Argentine President Carlos Menem himself intervened to have the sick man brought back to his homeland.

Argentinians had not only meanwhile reconciled themselves with the innovator of the tango; Piazzolla had become something of a national hero.

Piazzolla died in Buenos Aires on July 4, 1992 at the age of 71. He was no longer able to realize his dream of writing a tango opera about the discovery of America, but he did leave behind an extensive musical oeuvre including over 300 tangos and 50 film soundtracks.

This article was translated from German by Louisa Schaefer.

Amid coronavirus, Berlin's tango scene struggles to stay on its feet

The Argentine dance known for sultry intimacy is now seen by some as something quite different: a high-risk activity. In Berlin, a global tango hotspot, dancers are trying to keep their passion alive during the pandemic.

Vibratanghissimo: Tango without limits in Berlin

Tango without a bandoneon? Sure, why not. The four members of Vibratanghissimo are taking a stripped down approach to the genre, and the result is an infectious fusion sound that's as much Berlin as it is Buenos Aires.

Berlin puts on its dancing shoes

Berlin might be renowned as the home of techno, but DW's Kyle James looked at the city's lively dance hall culture, and found that it brings together an eclectic mix of people in a relaxed and retro atmosphere.