Celebrated Spanish judge goes on trial for abuse of power | Europe | News and current affairs from around the continent | DW | 17.01.2012

Celebrated Spanish judge goes on trial for abuse of power

Spanish judge Baltasar Garzon has made a name for himself for pursuing international cases against human rights violations. Now he faces his own day in court in a case that could end his judicial career. 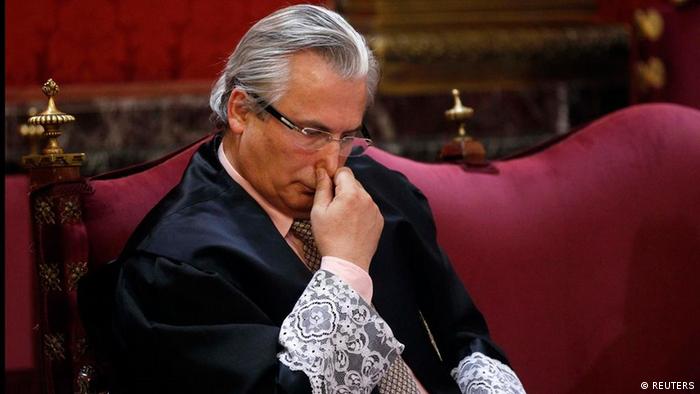 Spanish judge Baltasar Garzon, known around the world for his ambitious investigations into human rights abuses and corruption, went on trial in Madrid on Tuesday for abusing his judicial powers in a trial denounced by his supporters as a political attack.

Garzon, 56, faces three separate cases all relating to his work pursuing suspected corruption and violations of human rights. He is accused of illegally granting police permission to record conversations between corruption suspects and their attorneys.

The trial was initiated by two businessmen who Garzon had begun investigating for allegedly bribing members of the People's Party, which won parliamentary elections last November. The men are currently awaiting trial.

The second charge is for allegedly violating an amnesty law when he gave orders to investigate the killing of tens of thousands of Spanish civilians during the dictatorship of Gen. Francisco Franco. The third charge alleges he was paid off to drop an investigation into the head of Santander, Spain's biggest bank. 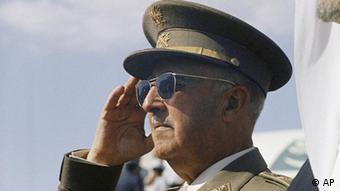 A conviction in any of the three cases could mean a ban from Garzon serving at the bench for up to 20 years. He has already been suspended from serving at the National Court and currently works as a consultant for the International Criminal Court in The Hague.

Human rights activists have accused the courts of attempting to silence Garzon for political purposes. Human Rights Watch said in a statement that the case "threatens the concept of accountability in Spain and beyond."

Garzon's aggressive investigations have made him enemies in the Spanish political class. He has gone after members of both the left and the right

He has also pursued international cases, notably when he tried to extradite former Chilean dictator Augusto Pinochet from Britain in 1998 for human rights abuses.

That case set a legal precedent in Spain that crimes against humanity can be investigated anywhere, regardless of where they were committed. Since then Garzon has also started investigations into the US military detention facility at Guantanamo Bay and disappearances during the Argentine dictatorship in the 1970s.

The descendants of victims of the Spanish Civil War may finally be about to see justice done after an Argentine judge opens a case into war-time murders and human rights abuses. (29.10.2010)

Spanish judge Garzon may face trial for abuse of power

The Spanish judge who won fame for his attempt to extradite former Chilean dictator Augusto Pinochet could go on trial himself after Spain's Supreme Court ruled he had likely abused his powers. (08.04.2010)

Spain drops role of "human rights cop of the world"

Spain puts an end to universal jurisdiction: the Spanish parliament has approved a bill that narrows the role of the country's judges in prosecuting crimes committed in other countries. (16.10.2009)