The furry feline flop, as well as several Academy Award nominees, have been nominated for the movie industry's least coveted plaudits. The Oscars are to be announced in a Sunday evening awards ceremony. 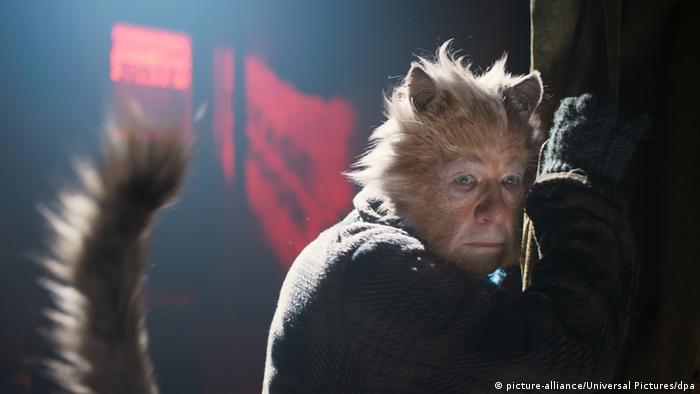 The nominations for the 40th annual Golden Raspberry Awards were announced on Saturday. Better known as the Razzies, the parody award celebrates the worst in cinema over the past year and coincide with their more illustrious cousin, the Academy Awards, which are scheduled for Sunday.

"Voting members of The Golden Raspberry Awards have sifted through a bumper crop of cinematic crud and made their selections for 2019's Worst Achievements in film," the organization said on its website.

Leading the nominations were the much-derided A Madea Family Funeral, major-studio flop Cats, and the horror film The Haunting of Sharon Tate, the latter of which review website Rotten Tomatoes describes as "dishonoring the events" it portrays and "offensively exploitative" towards the innocent victims of the notorious Manson family killings.

Much has been made of the disaster that was Cats, which was directed by Academy Award-winner Tom Hooper, had a massive budget, and for which the studio planned a massive Oscar campaign that it quietly withdrew from in December. Audiences were turned off by the strange and poorly-executed CGI, uneven tone, and the disappointing turns by many celebrated actors and singers.

In the acting categories, other Academy favorites like Jessica Chastain and Judi Dench were nominated. Chastain for the X-men film Dark Phoenix, of which one reviewer said that the only good part of the film was that the credits were correctly spelled, and Dench for Cats.

Perennial Razzie nominee John Travolta was also called out for acting twice, in the critically-panned The Fanatic and the racing drama Trading Paint, which has a 0% rating on Rotten Tomatoes and grossed $0 in the North American box office.

A Madea Family Funeral was nominated for seven awards, famously having been shot in only seven days as creator Tyler Perry becomes increasingly well-known for the swiftness with which he puts films together without regard to quality.

The Razzies also announced their nominees for the "Redeemer" award, honoring actors who have previously been in poor quality films but had redeemed themselves in 2019. This included Eddie Murphy, Keanu Reeves, and Jennifer Lopez. Many film critics had expected Lopez to receive a nomination for Best Supporting Actress at the Oscars for her acclaimed performance in the crime drama Hustlers.

The Haunting of Sharon Tate

Eddie Murphy / Dolemite Is My Name

Conservative US commentator Dinesh D'Souza swept the Hollywood awards for the year's worst film described as 'too incoherent for serious argument.' Superheroes Batman and Superman did not escape unscathed. (25.02.2017)

While the fifth "Transformers" sequel scored the most Razzie nods, top stars including Mark Wahlberg, Tom Cruise and Jennifer Lawrence were also nominated for the award ironically celebrating the year's worst films. (22.01.2018)

The infamous Razzie Awards have been announced, with voters from around the world deciding on the worst movie flops of 2017. "The Emoji Movie" — an animated film staring Sir Patrick Stewart — was picked as worst picture. (03.03.2018)

Actor James Caan, best known for his role of impulsive mafioso Sonny Corleone in the first Godfather movie, has passed away at the age of 82.