Catalonia has held an unofficial referendum vote, deemed illegal by Spain's Constitutional Court. While the result will only be symbolic, regional leaders say a high voter turnout will bolster talks with Madrid. 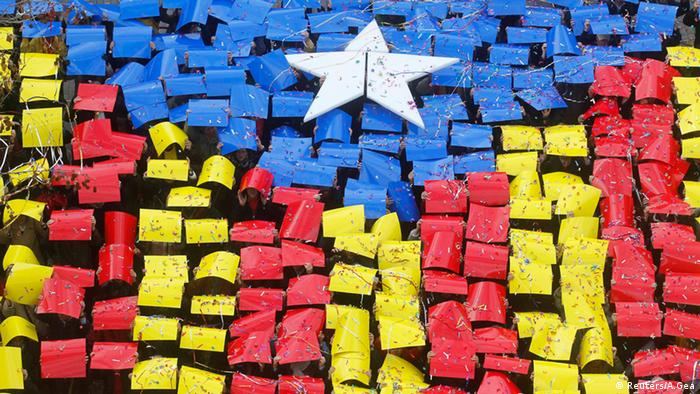 Voting in an unofficial referendum for the northeastern Spanish region of Catalonia drew to a close on Sunday evening, with results expected Monday.

Accounting for roughly one-fifth of Spain's economy, Catalonians have grown increasingly discontent in recent years with what they see as paying a heavier price than other Spaniards as the Iberian nation continues to battle a painful economic recession.

Supporters of the referendum contend that an independent Catalonia would lift the financial burden from its 7.5 million inhabitants, while opponents warn that leaving Spain would usher in economic uncertainty and a loss of investors and EU membership.

Spanish Prime Minister Mariano Rajoy, who like other critics of the vote fears the economic damage caused by Catalonian secession, called on the region's leaders for a "return to sanity" in a speech given to on Saturday.

"It's not a referendum or a consultation or anything that resembles that," Rajoy said, adding to that talks with Madrid should take place "within the legal framework of the constitution."

In late September, Spain's constitutional court suspended the referendum after Rajoy filed an appeal to contest the vote, which he had argued was illegal.

'The more people the better'

However, Catalonian leaders - including the opposition left leader Oriol Junqueras - indicated that the Sunday vote, though only symbolic, was still an important gauge of support for independence.

"The ideal scenario is the more people the better," Junqueras said in an interview.

"What's important is that it is a fresh demonstration of the fact people want to vote, that they are keen to voice their opinion," he added.

Protests ahead of vote

The independence movement in Catalonia draws in large part from a strong cultural identity and pride of the region's own language, Catalan.

While many have taken to the streets in recent months in a call for more autonomy, opponents to the vote have also spoken out. On Saturday, supporters of the organization Libres e Iguales (Free and Equal) called on Catalonia to remain part of Spain.

The poll disrespected "the rule of law or the true will of the people," Mario Vargas Llosa, the 2010 winner of the Nobel Prize for Literature, told a crowd in Madrid ahead of the vote, according to the Associated Press news agency.

Llosa, who holds both Peruvian and Spanish citizenship, also said that the ballot did not lend "any legitimacy to attempts to break up our country."

Roughly 55 other Libres e Iguales protests reportedly took place across Spain on Saturday, as well as in Paris, Brussels and Luxembourg.

The European Union has slashed its economic growth estimate for the 28-nation bloc, indicating the current recovery will remain sluggish until 2016. Weak France and Italy are proving a drag on higher growth. (04.11.2014)

The battle over European austerity

The German government sees itself as a fiscal role model for the rest of the European Union. But Finance Minister Wolfgang Schäuble's dream of a balanced budget may not be the answer. (21.10.2014)

Turkey and Greece hit by severe earthquake 51m ago