Spain's Constitutional Court has suspended the law that was to become Catalonia's transitional constitution if it declared independence. Prosecutors in Barcelona have ordered police to seize election resources. 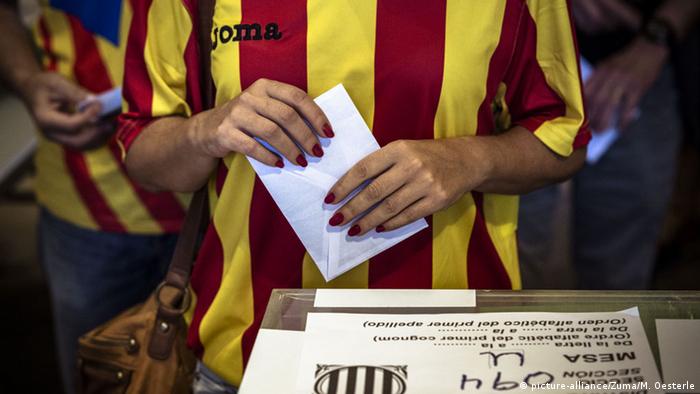 Prosecutors in Catalonia also on Tuesday ordered police to seize ballot boxes, election fliers or other items that could be used in the banned referendum, news agency AFP reported.

The court, Spain's highest authority on such matters, had already suspended the law and decree calling for a referendum on Catalonia's independence to be held on October 1. 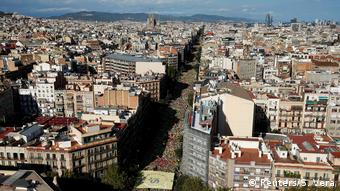 Thousands rallied in Barcelona to call for independence on September 11

The chiefs of the Guardia Civil and National Police forces, as well as the Mossos, a regional policing squad controlled by the Catalan government, were called to the Barcelona prosecutor's office. After the meeting, prosecutors said in a statement quoted by AFP that the police chiefs were ordered to take action against authorities, civil servants or individuals "to avoid offences being committed."

"Police officers... will directly adopt the measures necessary to seize resources destined at preparing or holding an illegal referendum," the prosecutors said.

The judges are considering whether the planned vote is unconstitutional. Prime Minister Mariano Rajoy's government has declared the vote illegal and challenged it in the courts. Spain's constitution bars regions from unilaterally calling an independence referendum.

On Monday, hundreds of thousands of Catalans took to the streets in a pro-independence march marking the Catalan national day, known as "Diada."

That could put the Mossos in a tough position – by law they have to follow prosecutors' orders but they also depend directly on the regional government they have been ordered to act against.