Whether at the market or buying a car for several thousand euros, many Germans still pay cash. For World Savings Day, we look into the cultural reasons that could explain their aversion to digital payment systems. 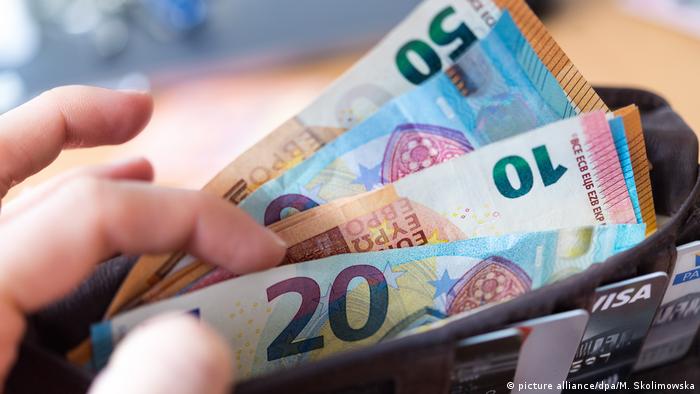 Whether in cabs, restaurants or bars — in many places in Germany you can only pay with cash. This works, and is widely accepted by local clients, because people in Germany are used to carrying enough cash around with them. Complaints and mockery will usually come from newcomers and tourists from countries where cashless systems have long been the norm: Isn't Germany supposed to be a technologically advanced country?

In reality, the prevailing cash culture in Germany is not only due to businesses and service providers refusing to take cards; it's simply still part of the German mentality.

The freedom and self-control of paying cash

"An essential factor is control," says business psychologist Erich Kirchler, who has been researching the reasons why people in German-speaking countries have remained so loyal to cash. "We don't want to be patronized. We want autonomy; we want the freedom and practicality that cash offers," the expert told DW. 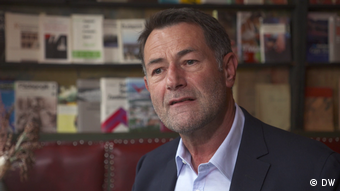 According to Kirchler, Germans are mainly concerned that they could lose control of their finances if cash were to be replaced by cashless payment methods. He identifies two aspects to this notion of control: For one, they fear that it could lead to more control by the state or banks. Secondly, they have the impression that they can better control their expenses by handling actual money.

But where does this fear come from and why it is more developed in Germany than in other countries? There are different theories. Kirchler points out that the Germans' attitude towards cash could be the result of the history of the country, marked by a series of radical changes: "We have a relatively high confidence in our authorities. But at the same time we know how quickly the situation could change. This is probably not only experienced through history, but also — and I'm being very speculative here — learned and anchored in the public consciousness." 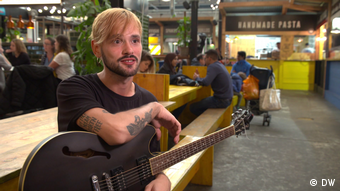 Few countries are as skeptical about cashless payment as Germany. According to the European Central Bank, Germans carry on average around €103 ($114) in their wallets — more than any other Europeans. They pay 80% of their purchases with cash — topped in this aspect by countries such as Italy (86%) and Spain (87%).

In Scandinavia, on the other hand, cash has already become a rarity. People in Great Britain are also "tapping" everywhere — making contactless payments with their cards or their mobile phone.

Even buskers performing music in the streets of London are adopting cashless payment methods. Francis Petrini has been busking in the city for two years now and wouldn't go out without his portable card reader, as it makes it easier for people to donate money and buy his CDs. "A couple of years ago I noticed that many people hardly had any cash left. That's why I decided to take a portable card reader to my gigs. My income actually improved a lot." 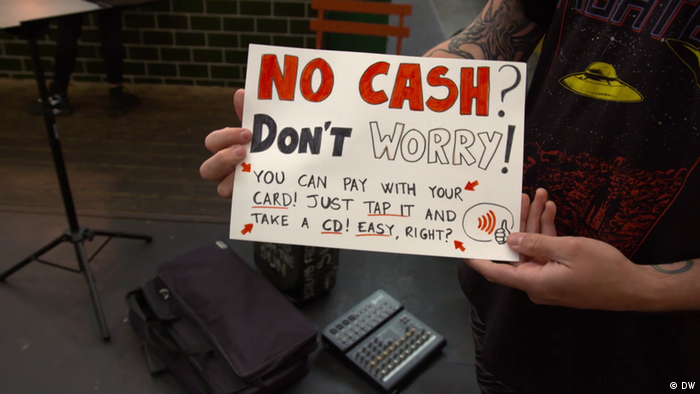 But in the UK, too, there are critics of the rapid switch from cash to cashless payment methods. London-based anthropologist and author Brett Scott, who is currently writing a book on the topic, notes that the widespread concept of a "cashless society" conceals the facts: "Using the term 'cashless' is like referring to whiskey as 'beerless' alcohol. It doesn't actually refer to what's being used: It's digital bank paying systems. So, I don't say the 'cashless society.' I say the 'bankful' society" — since these systems rely completely on banks and the payment systems they develop. 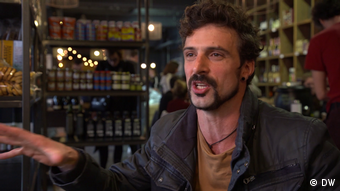 Brett Scott is also the author of 'The Heretic's Guide to Global Finance: Hacking the Future of Money'

Scott, who as a South African has an external perspective on Britain, takes a rather critical view of the developments in his adoptive country: "I would say the UK has kind of a low immunity to corporate takeover," he points out. "You know, if you go to certain countries, people resist chain stores. They resist these huge institutions taking over everything. Whereas in the UK people kind of accept it."

Street performers with portable card readers: Few people would associate such a scene with Berlin. Even if the transition to a "bankful society" is happening in Germany too, resistance to corporate takeover is still relatively high.

A German woman's plan to save money on a car backfired after the dealership noticed something wasn't quite right with her method of payment. (16.07.2019)

Police in the German state of Hesse have been piecing together the actions of a nine-year-old who went on a door-to-door spree to give cash to householders. The boy was apparently giving away his parents' savings. (18.03.2019)

In the first part of her quest to understand Europe's biggest economy, Kate Ferguson explores the German obsession with saving money and asks whether frugality should be considered a virtue or a vice. (30.10.2018)