A cargo plane reportedly flying for the logistics giant Amazon has crashed into waters off Houston, Texas. Authorities say three people were on board the Boeing 767 on a two-hour flight from Miami. 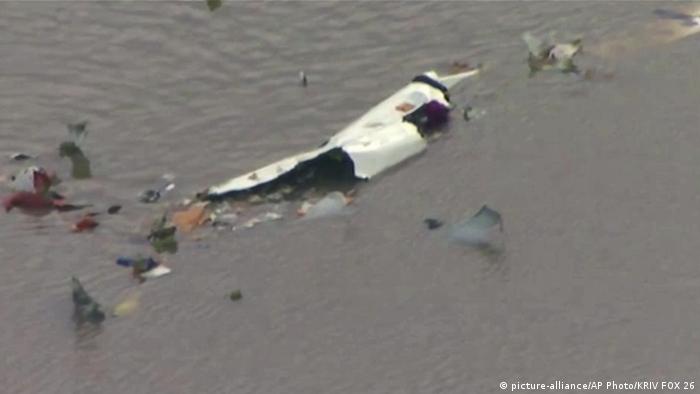 The website flightradar24, which tracks plane movements, posted aircraft details, saying the twin-engine freighter was one of a set of Atlas Air Boeing 767 cargo planes operated for Amazon and said it bore the online shopping giant's Prime Air livery.

Atlas Air said there were three people on board the aircraft. "Those people and their family members are our top priority at this time," the airline said in a statement.

A local broadcaster KTRK-TV showed footage of a US Coast Guard helicopter hovering over the coastal crash site in Trinity Bay outside Houston.

Debris was spread over three-quarters of a mile of marshland, said Hawthorne. "It's probably a crash that nobody would survive," he said.

An investigations team had been sent to the crash location, the US National Safety Transportation Board (NSTB) said.

New York-based Atlas Air, outlining its history on its website, says its arrangement with Amazon is to provide and operate Boeing 767-300 converted freighters to support Amazon's e-commerce business.

"Our thoughts and prayers are with the flight crew, their families and friends along with the entire team at Atlas Air during this terrible tragedy," Dave Clark, senior vice president of worldwide operations at Amazon, said in a statement.