United Airlines: 'No choice' but to go green 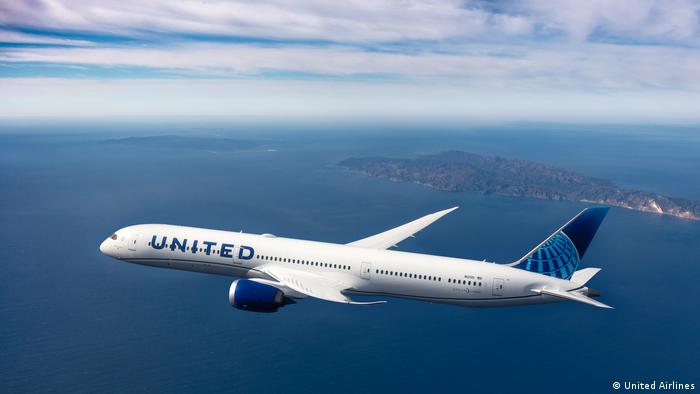 Flying is one of the most carbon-intensive ways to get around. About 2-3% of global carbon emissions come from aviation, which means that, if the sector were a country, it would be the sixth-largest source of CO2 in the world.

Besides these emissions from burning jet fuel, planes streaking across the sky also release gases and water vapor into the atmosphere that contribute further to global warming.

The aviation industry has committed to halving its net CO2 emissions from 2005 levels by 2050. But the technology that could allow people to keep boarding planes without further damaging the planet doesn't exist yet. So making this green future a reality is going to require a huge transformation.

On top of that, demand for air travel has been steadily increasing since the early 2000s, and is expected to rebound after the pandemic.

The US carrier United Airlines, which received a multibillion dollar bailout earlier in the pandemic, wants to go carbon neutral by 2050. DW's environment podcast "On the Green Fence" spoke to Lauren Riley, the company's managing director of global environmental affairs and sustainability, about how it plans to get there given that air traffic is only expected to keep growing.

DW: United Airlines wants to be 100% climate neutral by 2050, without using voluntary offsets. How are you going to achieve this?

The second pathway United is focused on is around carbon capture and sequestration. This is a technology that literally captures the CO2 from the atmosphere and permanently stores it underground. 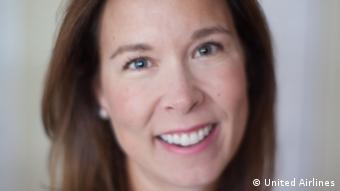 And then the third pathway is around investing in this next generation of solutions. We don't know what is going to scale, we don't know what is going to be the preeminent solution. So we have an obligation to really look at what are those promising technologies, whether it's hydrogen-powered or electric-powered aircraft or the next. So because there's no silver bullet, we're really looking at all of these areas to address climate change.

According to estimates, the current production levels of sustainable aviation fuels are at around 50 million liters per year. And some experts believe that around 7 billion liters would be necessary to make it competitive with conventional jet fuel, which is still very cheap in comparison. Given this market pressure, how will that scaling up be achieved if jet fuel is just so cheap?

Sustainable aviation fuel has its challenges. First and foremost, there simply is not enough. United has been using sustainable aviation fuel for about a decade now. We've been flying with it on a daily basis since 2016. And yet, in any given year, sustainable aviation fuel is far less than 1% of the total fuel we burn — and we're one of the market leaders in the world. So that's just simply not good enough. But secondly, it's expensive. It's two to four times the cost of conventional jet fuel. And so in particular right now, given our financial circumstances, that's not very viable.

We've been looking at partnerships as an enabler to help scale. Our business community has been a very strong partner, but the long-term solution really lies, in my opinion, with government. We need policy incentives that really help scale and commercialize sustainable aviation fuel. We need to close that price gap and we need to drive supply up. And until that happens, we're going to continue to struggle with replacing conventional kerosene with sustainable alternatives. 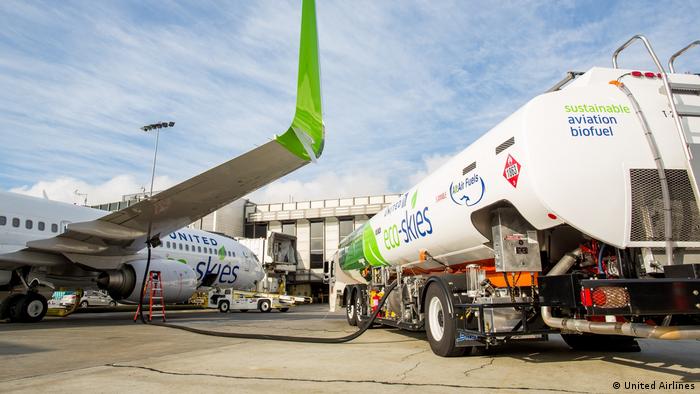 Aviation has long enjoyed certain tax privileges, for instance, for jet fuel. Given the urgency of the climate crisis, how can we explain to the Fridays for Future generation that there's a tax exemption for kerosene? How can we justify that?

Well, that's a good one, I don't know. What I do know is that today the technology in aviation relies on kerosene. It is the only scaled option to enable air travel. I would love to see us, quite frankly, in a place where alternative low carbon kerosene is scaled and replaces the kerosene that we use today. That is what we need to strive for, and that's really what we need to focus on incentivizing. So until we drive down that cost, it is unlikely that that's going to happen.

So you wouldn't be in favor of a carbon tax across the board because that would obviously hit the aviation industry rather hard, right?

I would be in favor of pricing carbon, absolutely. How that manifests in policy, I don't have an opinion on that, but I do think that it should be valued and things that are valued have a price. And I do think that we have an obligation across aviation to acknowledge that there is a price to emitting that CO2.

Aviation in countries like China and India is growing at a tremendous pace. As wealth increases in these countries, more and more people are going to want to get on a plane. What happens if we haven't achieved green aviation by that point? Is that something that you think about or do you focus on just the American contribution?

Oh, no, you can't just focus on a single country contribution. That's not how the world operates. We want those folks on airplanes, but we want the flight to be net zero. And I think the opportunity that faces all of us that are looking at decarbonisation of any industry is how do we build towards that now and how do we accelerate the pace of that change such that we can achieve it in a manner in which any passengers shouldn't hesitate to think about the impact of their travel because by default, it is sustainable. I believe we're going to get there. I don't think it's going to be tomorrow or perhaps in the next five years.

There are critics out there who will say: "Hmm ... this sounds good, but this probably is just tantamount to greenwashing." What can you say to convince the skeptics out there that you really are going to turn things around with United?

Well, I would say two things. One, we don't have a choice. I have young children. I care desperately about the planet that we leave behind. So does my CEO and the whole community across United. So this is what we are going to do. We're going to take action regardless.

My second comment would be: I challenge those folks to get involved. So let their voices be heard, lean in and help us signal that we want these low carbon alternative fuels. We want advanced aircraft and airframe technology and engine technology. We need that because people should be able to take pride getting on an airplane to go explore this beautiful planet we have. And they shouldn't have to think twice about the emissions coming out of the tailpipe.

Lauren Riley is the managing director of global environmental affairs and sustainability at United Airlines.

This interview was conducted by Neil King and has been edited for clarity and length. It features in this aviation episode of "On the Green Fence" alongside interviews with Ryanair, Stay Grounded and Atmosfair.