The prime minister decided to leave just a few months after the president was re-elected. The peace deal in the Central African Republic is on unsteady ground. 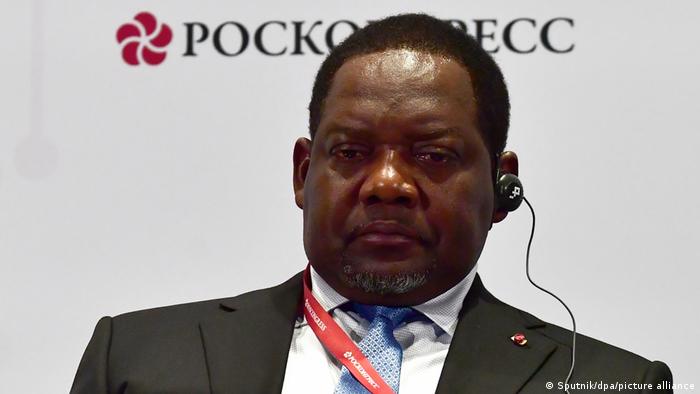 Firmin Ngrebada resigned, along with the entire government

Central African Republic (CAR) Prime Minister Firmin Ngrebada said on Thursday that he had resigned and his government was dissolved.

In a post on Twitter, Ngrebada said he handed his resignation to the president, Faustin Archange Touadera.

In a Facebook post, Ngrebada hinted the move was related to Touadera's re-election. Touadera was sworn in for a second, five-year term in March after securing re-election in December.

A spokesman for Touadera told AFP that Ngrebada could still be selected to return to government, but it would be up to Touadera.

Trying to broker peace ahead of CAR elections

Trying to broker peace ahead of CAR elections

Ngrebada became prime minister in 2019 after the government signed a peace deal with more than a dozen armed groups to end an ongoing civil war.

CAR – a country under siege

Fewer than one-third of eligible voters took part in the election as armed groups controlled about two-thirds of the country at the time. A rebel coalition lead an attack on the capital Bangui leading up to election day. The December violence forced more than 60,000 people from their homes, according to the UN.

Rebels aligned with former President Francois Bozize attempted to attack the capital, Bangui, after his presidential bid was blocked by the constitutional court.

The CAR has been plagued by violence for several years in fighting between government forces and rebel groups. Hundreds of thousands have been forced to flee over the years due to the violence, spilling into other countries.

Since December, the army has been supported by 12,000 UN MINUSCA peacekeepers, Rwandan special forces and Russian paramilitaries. Together, they took back control of many areas previously held by rebels.

Earlier this week, about 160 French troops who were offering operational support and training for Central African forces suspended their mission, as ties between the CAR and France were falling apart.

France halted financial aid to the country on Monday, accusing Bangui of complying with a Russian-linked disinformation campaign against France.

Russia has stepped up its efforts in the CAR, as the Kremlin sent weapons and instructors to train the CAR's forces. The country also invested in the CAR's mining sector. The impoverished country is resource rich, with large reserves of gold, diamonds, copper and uranium. Ngrebada, whose critics accuse him of being too close to Vladimir Putin, was in St. Petersburg last week to persuade Russia to invest even more in the country.

Why UN peacekeeping missions have failed to pacify Africa's hotspots

In Africa, foreign military interventions are in the spotlight for failing to end conflicts at the continent's hotspots. Both internal and external political interests are contributing factors.

Rebel forces attacked the city Bangassou a day before results of a contested presidential election are to be announced. UN forces are backing the government and fighting to secure hot zones.