Canada's First Nations have found a third group of unmarked graves at an assimilation school in recent weeks. This time 182 human remains have been detected. Previous discoveries amounted to nearly 1,000 dead. 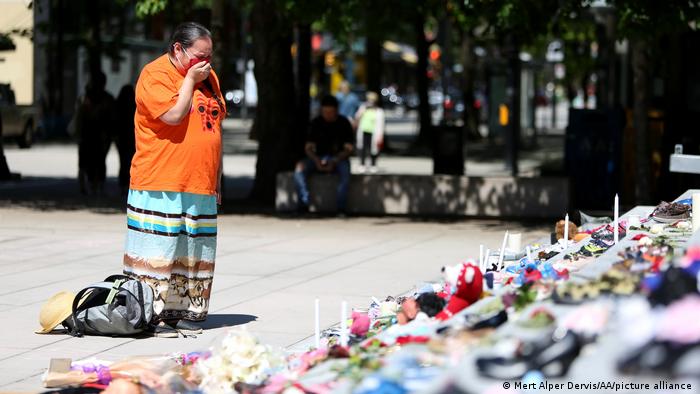 St. Eugene's Mission School near Cranbook was operated by the Catholic Church from 1912 until the early 1970s.

The Lower Kootenay Band said in a news release that the search yielded the remains in unmarked graves 90 centimeters to 1.2 meters deep (approximately three to four feet). It is believed the remains belong to bands of the Ktunaxa nation and other nearby First Nation peoples. 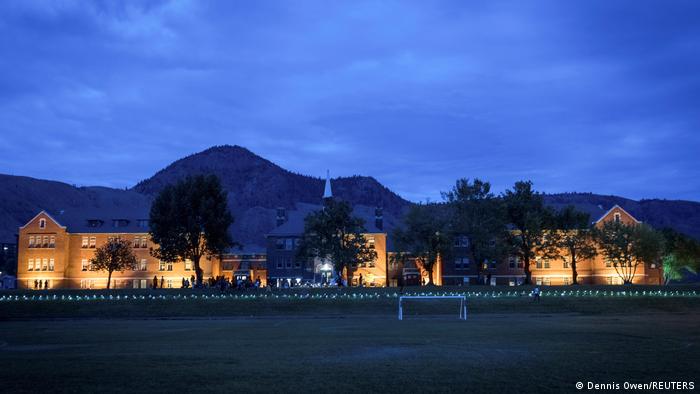 A memorial in front of the former Kamloops Indian Residential School after the remains of 215 children, some as young as three years old, were found

First, 215 children were discovered in unmarked graves at the former Kamloops Indian Residential School, also in British Columbia, in May.

Last week, 751 more bodies were detected at a school in Marieval in Saskatchewan. 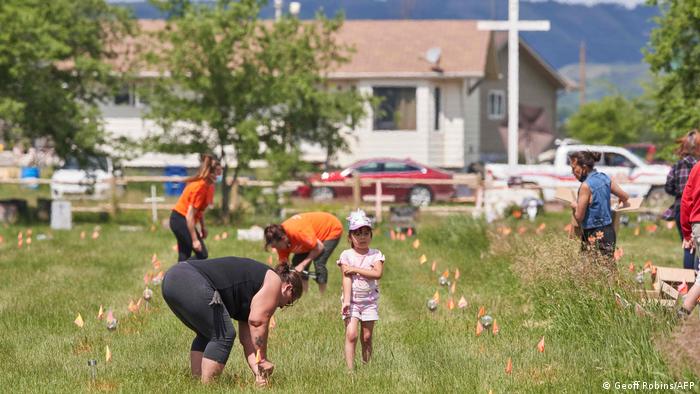 Until the late 20th century, the children of Canada's First Nations were forcibly enrolled in 139 residential reform schools. There they were physically and emotionally abused by teachers and principals who refused them the right to speak their language and practice their culture.

A commission of inquiry established that Canada had committed "cultural genocide" and conceded 4,000 had died in the process of forced assimilation.